SaharaReporters has obtained detailed draft charges that never made it to the courts regarding the brazen looting of Rivers State treasury by the state’s former governor, Peter Odili. The documents show how Mr. Odili used a combination of government officials and personal companies disguised as fronts to fleece Rivers State to the tune of N100 billion between 2004 and 2007.

Saharareporters’ analysis of the draft charges, which were prepared by well-known Nigerian lawyer Festus Keyamo on behalf of Economic and Financial Crimes Commission (EFCC) under the chairmanship of Mrs. Farida Waziri, reveal that, between December 2004 and September 2006, Emmanuel Nkatah, a personal staff of the governor operating at the Rivers State liaison office in Abuja, alone withdrew over N4 billion naira from Zenith Bank account No. 6010916567 which belonged to Rivers State Government House.

The 220-count draft indictment targeted Mr. Odili and 24 others regarding allegations of theft, conspiracy to commit theft, money laundering and fraud.

The documents reveal, for instance, that between January 2004 and December 2006, Mr. Johnson Arumemi-Ikhide, the alter ego of Rockson Eng. Ltd, received over N60 billion from the accounts of the Rivers State government.

Also between September 2005 and the year 2006, Mr. Borishade was the beneficiary of an illegal diversion of over N4 billion in the guise that it would be used to rehabilitate Port Harcourt International Airport. On March 3rd and March 10th 2006, then Governor Odili withdrew the sum of $2 million U.S. dollars for personal use but in the guise that the money would be used to sponsor senior government officials on a trip abroad.

Of particular interest in the indictments is Mr. Odili’s corrupt entanglement with several major media organs. The charge sheet listed some media companies that received huge sums of money from Mr. Odili’s loot. SaharaReporters learnt that the dole-outs to the media were designed to buy their silence.

In particular, the charge sheet stated that between 2004 and 2007, Gov. Odili channeled almost N2 billion to Daar Communication, over N300 million to Leaders and Company, N50 million to Channels Television Ltd and over N100 million to Newswatch Communications Ltd. all received part of the loot from Mr. Odili’s slush fund.

In addition, Mr. Odili was notorious for doling out cash to numerous prominent editors, columnists and reporters. Thanks to his policy of bribing the media, he received little or no negative publicity during his eight-year rule. “Governor Odili presided over Rivers State at a time when a lot of revenue was rolling in here,” said a Port Harcourt-based politician. “Yet, the state capital, Port Harcourt, was in very bad condition and the state had no good roads or other infrastructure. Where did all the money go? Why did members of the press not ask questions?”

The documents indicate that the scale at which public funds were converted to private use was staggering. There was clear evidence of money laundering and blatant stealing of Rivers State funds for the personal use of the governor and his cronies.

Mr. Odili’s legal trouble started on October 31, 2006 when a petition came into the office of the Economic and Financial Crimes Commission (EFCC). The commission launched investigations into various allegations of corruption and financial crimes leveled against Mr. Odili and other officials of the Rivers State Government. On December 12, 2006, the EFCC issued an interim investigative report and prepared a draft of 223 charges against the governor.

In a counter-move, the then Attorney-General of the state, and later Nigeria’s Foreign Affairs minister, Odein Ajumogobia, on February 23, 2007 sued the EFCC, the then Speaker of the Rivers State House of Assembly, Rotimi Amaechi, and other defendants in a Federal High Court in Port Harcourt. In the suit, Mr. Ajumogobia asked Justice Ibrahim Nyaure Buba  of the federal High Court in port Harcourt to bar the EFCC from investigating, prosecuting or ever harassing Mr. Odili and officials of his administration.

In the suit (number FHC/PH/CS/78/2007), the then Attorney-General claimed that the EFCC had no powers to investigate the state government and that such a move went contrary to provisions of Nigeria’s Constitution which gave such power to the State House of Assembly. The suit asked the court to bar the EFCC from sharing whatever information it had gathered with the media or coercing the State House of Assembly to commence impeachment proceedings on the governor.

On March 20, 2007, Justice Buba granted the Rivers State government all that the state’s Attorney-General prayed for in what is now called a perpetual injunction. Upon leaving office, Mr. Peter Odili again went to court and asked that he should be made a beneficiary of the perpetual injunction granting him permanent immunity from prosecution. Again, Justice Buba’s court agreed. The judge imposed “a perpetual injunction restraining the EFCC from arresting, detaining and arraigning Odili on the basis of his tenure as governor based on the purported investigation.”

In 2007, the Nuhu Ribadu led EFCC claimed they immediately file an appeal but the court of appeal never assigned the case as Mary Odili was a judge with enormous powers at the Court during the period.

Again in 2008, the EFCC filed an appeal against Justice Buba’s ruling. In the brief, the EFCC argued that the commission had the right under the statute that created it to investigate economic crimes allegedly committed by the state government and Mr. Odili. It also argued that the Buba Court was wrong in proceeding with an “Original Summons when it was obvious that the parties were in serious contentions on the facts.”

The appeal described Justice Buba’s action as “at best incompetent,” insisting that the court “lacked jurisdiction” to hear the case. It concluded that “the judge was wrong to have issued the declaratory orders and injunctions against the Appellant (EFCC) which amount to prohibiting [the EFCC] from carrying out its statutory functions and setting aside its report when in fact the report was not even placed before him.”

Five years after, the EFCC’s appeal is still at the Appeal Court of Nigeria in the Port Harcourt judicial division waiting for the lower court’s verdict to be vacated.

Meanwhile, Mr. Odili also went to the same court and on January 27, 2011 won a ruling that he should be joined as an interested party in the substantial case.

However, no date has been set for the hearing. Sources close to Saharareporters said that the administrations of former President Umaru Yar’Adua and incumbent President Goodluck Jonathan have had no interest in seeing Mr. Odili tried. “Both President Yar’Adua and now President Jonathan subtly encouraged the no-action status quo,” a legal source in Abuja told SaharaReporters.

In fact, while Mr. Odili’s charges had been prepared and awaiting filing at the Federal High court, President Jonathan nominated his wife, Mary Odili, to the Supreme Court in May 2011. Several sources told SaharaReporters that Mrs. Odili played a key role in the plot to scuttle the wide-ranging indictment against her husband.

After governing the oil-rich Rivers State from 1999 to 2007, Mr. Odili ran for president in 2007. But he was forced to withdraw when some interests within his party confronted him with the numerous allegations of embezzlement of government funds during his governorship.

In his autobiography, Conscience and History, published last year, Mr. Odili acknowledged that he negotiated the charges against him with then President Olusegun Obasanjo. Mr. Odili offered to drop his presidential bid in exchange for a sort of soft landing that initially included being offered the Vice-Presidential slot. That slot was later given to Mr. Goodluck Jonathan.

Former Governor Odili is one of the nine governors whose corruption cases are in perpetual limbo in the courts. Others are James Ibori of Delta State, currently serving jail time in London for corruption, Chimaroke Nnamani of Enugu State, Joshua Dariye of Plateau State, Orji Uzor Kalu of Abia state, Lucky Igbinedion of Edo State, Saminu Turaki of Jigawa State, Boni Haruna of Adamawa State, and Jolly Nyame of Taraba State.

In spite of the swirl of corruption around Mr. Odili, he had no difficulty persuading Lincoln University, one of America’s most prestigious historically Black colleges, to accept donations from him, a fact noted by Human Rights Watch. By the end of 2006, Mr. Odili had become one of the school’s largest donors, with at least $1.64 million in donations. During that year, the university bestowed a controversial honorary degree on Mr. Odili. Lincoln held a luncheon in his honor, and named a building after him, actions that drew outrage from Nigerian groups as well as Human Rights Watch.

Political sources in Abuja told SaharaReporters that several factors have helped Mr. Odili evade prosecution so far. One factor is his wife, whose position as a justice of the Supreme Court makes her an insider who is able to ensure that her husband will not face a no-nonsense judge.

Another factor is that Mr. Odili was very close to former President Obasanjo, and was an early and enthusiastic supporter of Mr. Obasanjo’s failed plan to change the Nigerian constitution in order to continue as president. Besides, since the end of his tenure as governor, Mr. Odili has moved to Abuja where he maintains a quiet profile, making as little political noise as possible.

After years of feuding with his successor, Governor Rotimi Amaechi, Mr. Odili and the Rivers State governor had a kind of reconciliation in 2011, just as Mrs. Odili was elevated to Nigeria’s apex court. In a country where political considerations are often paramount, Mr. Odili has ensured that he is not perceived as a political threat to President Jonathan and other powerful political interests while his businesses which are proceeds of corruption booms.

Full Draft Charges Will Be UPLOADED On Monday… 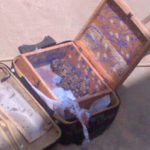 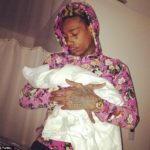