Citing low efficiency and insufficient employee productivity, Facebook has decided to restrict employee access to Facebook during working hours. The decision came after Facebook founder Mark Zuckerberg asked members of his IT team to generate a list of the websites Facebook employees visit most often. Zuckerberg ordered the list to make sure that his employees were putting their working hours to the best possible use, sources report.

“I was horrified when I saw that most workers pretty much spend their entire day just hanging around on Facebook,” Mr. Zuckerberg said. “It seems that liking statuses and checking out other peoples’ profiles, summer holiday photos, and funny kitten links has become a normal thing to do all day, and we can’t have that if we’re going to maintain a healthy and productive atmosphere for work.”

Mr. Zuckerberg also claims that the Facebook ban at Facebook could increase efficiency by up to 40 percent. According to recent reports, employees of the company have already announced a planned strike, and have issued an ultimatum to Facebook’s management.

“If the founder of our company does not drop the ban, there will be a general strike, which will probably jeopardize this company’s very existence,” read a statement in the employees’ official ultimatum letter. 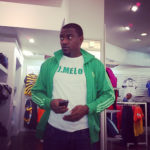