Culled from Sun News
Unknown gunmen on Saturday stormed the country home of the former governor of Abia State, Dr. Orji Uzor Kalu in Igbere, Abia State, riddled the bus in which one of his aides was travelling with bullets.
The incident happened around 10 p.m. at the main entrance of the former governor’s residence, where the aide had stopped for the security men to open the gate for him to drive in.
According to the victim of the attack, Pastor Chukwudi Okoroafor, the gunmen who rode on a motorcycle, trailed him to the gate of Camp Neya Estate residence of the former governor and opened fire on the bus he was driving, believing he was still inside the vehicle..
“I had driven to the gate of Camp Neya when I looked through the side mirror and saw two men on top of a bike, parked in front of the gate. I drove passed them, got to the gate and was waiting for the security operatives to open the gate for me to drive in. Suddenly, instincts told me to look again and I did and saw the men running after the bus.
“I quietly came down, crawled into a nearby gutter and out of the danger zone. As I moved , they got to the bus, looked inside it and probably thought that I was inside and opened fire on it , spraying it with bullets and I almost urinated on my pants from the distance where I was watching them, at the grass where I lay , almost dead.
“When they finished, they tried to force the gate open but could not, they opened fire again on the bus again to ensure that if any one was there, the person would have been dead”, he said.
Okoroafor, who told Daily Sun in Igbere, that he thanked God he obeyed his instincts, otherwise, he would have been a dead man by now.
A police attaché to the former governor’s home, Corporal Godwin Odo, told Daily Sun that when he heard the gunshot, he thought that it was thunder as it was threatening to rain at the time of the attack. He said that it was shocking that people would not be afraid of coming to such a place to kill.
Meanwhile, efforts to get the Police Comissioner and the spokesman were not successful. However, Assistant Commissioner of Police (ACP) in- charge of State CID, Mr. Patrick L Garuba, said he was yet to receive the report on the matter.
According to him, he was away to Abuja and was not in a position to say whether the matter had been reported until he returns to Umuahia. 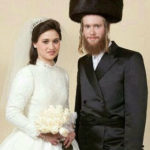