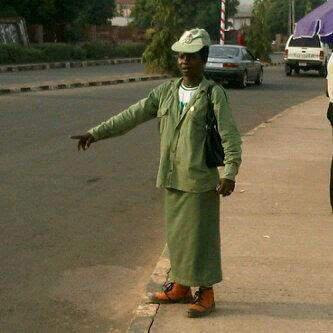 National Youth Service Corps in Ogun State has stopped a female corps member, Miss Tolutope Ekundayo, from participating in the ongoing orientation programme for allegedly refusing to wear trousers at the camp.
Ekundayo, who spoke with reporters after a press conference organised by the General Overseer, Faith Revival Apostolic Church, Apostle Paul Adenuga in Lagos, said she was thrown out of the camp at about 11pm on Friday.
The corps member, a graduate of the Lagos State University, Ojo, alleged that NYSC officials asked her to leave the camp after she refused to wear trousers, one of the corps members’ attire.
But the NYSC State Coordinator, Mrs. T.I Anosike, said Ekundayo voluntarily withdrew from the service “based on her faith.’’
According to Ekundayo, females wearing trousers contravened her Christian belief.
Tolulope said, “I faced a panel and I was directed to submit all the kits that were given to me on the camp, which I did. There was also an order that I should go to the account unit and refund the N2, 500 transport and bicycle allowances paid to me when I arrived at the camp and I did so. All these happened on the same Friday that they ordered me to leave the camp.
“I want to serve my fatherland and if NYSC will allow me to wear skirts, I am ready to return to the Orientation Camp. My khaki and white skirts were made in such a way that they did not give me any problem. I was in Platoon Four and I participated actively in all the exercises from Tuesday to the Friday that I was thrown out of the camp.”
Adenuga, the President, Apostle Paul Gospel Outreach, had earlier wondered why the NYSC should take such an action when other security agencies, including the Nigerians Police allowed female to use skirts instead of trousers, that he said were only for men.
Anosike also denied that the NYSC sent her out at 11pm, saying Apostle A.B. Otaru of Antioch Church, Sagamu came to pick her at 10.27pm on behalf of Adenuga. 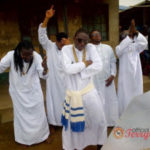