A 14- year-old house maid, Otobong Edet John, had her buttocks seared with hot electric iron by her mistress, simply identified as Ekaette, on the suspicion that she was promiscuous.
Narrating her ordeal, Otobong said she was receiving a call on her phone when the madam operating a canteen asked her who was on the phone and she said it was one of her friends. “But madam did not believe me and started beating me. So I ran and stayed somewhere with my friend”,she stated.
According to her, she remained in that place until about 10p.m. when she went to sleep in a church close to their shop and the next morning “when I was about coming to the shop, a neighbour saw me discussing with a customer who was asking me where I was coming from so early in the morning and went to tell my aunty that I spent the night with the man”.
The madam, she said, went to the police station at nearby Atimbo Road, Calabar and reported to them that the man abducted her housemaid.
But after the police interrogated the man, they let him go and this infuriated Ekaette following which she allegedly dragged Otobong to the shop, plugged the electric iron and when it was red hot, she used the scorched parts to sear the maid’s body including her buttocks and right arm. Not done yet, she allegedly put a basin of banana on the girl’s head, asking her to go to town and sell even as her arm and buttocks were bleeding.
“It was a customer who wanted to buy banana that saw that my arm was bleeding and asked me what happened and, when I showed him my buttocks, he shouted and took me to the police”, she said.
The mistress, while being interrogated by the police at Akim Police Division for causing bodily harm to a minor, justified her action by saying that Otobong was a rude and wayward girl. “When she told me it was Mary that called her, I called back that number and it was a male voice that answered and she then changed the story that she did not know what the man wanted after she had discussed with the man for over two minutes”,Ekaette said.
She said there were instances when the girl had gone from home to stay with men even as she had repeatedly cautioned her to change her ways. “That girl you are seeing is a very wayward girl and, if I tell you her story, you would marvel”, she said.
The Public Relations Officer for the Cross River State Police Command, DSP John Umoh, said the action of Ekaette was unacceptable as it amounted to child abuse and “after investigations she would be taken to court”. 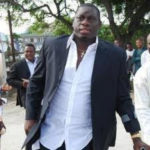 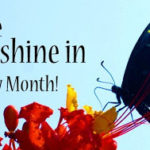