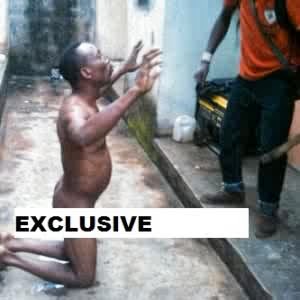 The naked man in the picture above is a lecturer in Delta State University, Theatre Arts department and the incident happened on friday (5 days ago)

According to our reader who sent us the gist, the lecturer had threatened to fail one of his female students Tega if she refused to sleep with him.

Initially, Tega had rejected his advances, but when Mr Lecturer’s wahala became plenty, then he threatened to fail her, Tega gave in. Well kinda.

Cos somehow, she was able to convince her lecturer to let them have the sex at her apartment instead of a hotel room. 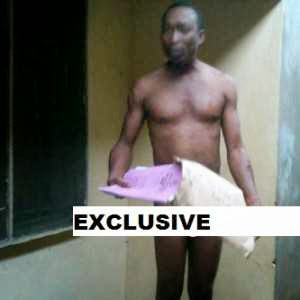 When Mr Lecturer showed up at Tega’s place on friday, she let him in. Purposely, she left her doors unlocked and got her lecturer to take off his clothes, ready for action.

Unknown to him, Tega had arranged with her male friends and neighbours that they were to barge into her room once she got him completely naked.

And fortunately, everything worked according to plan and courtesy of Mr lecturer’s libido and wahala, his now a famous man lolz!

What do you think should be done to him? 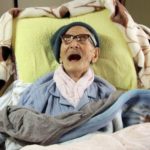