Faith Wairimu Maina, a Kenya mother of two pleaded guilty in court for having plotted to kill her husband, John Muthee Guama, on the 17th June, in the Zimmerman area of Nairobi county.
Faith had hired hit-men to kill her husband, unknown to her that the hit-men were men of the police force. The woman had paid a part payment of 40,000 KES with a balance of 60,000 KES once the job was done.
It was revealed that it was the third time the woman had tried to kill her husband through a similar plot.
She was arrested in her house when the people she thought were hit-men informed her that the mission was done and asked her to rush to the house where the body of her husband was laying and waiting for her confirmation.
When asked why she wanted her husband dead, the woman cited that after all she has been through with him, he wasn’t caring for her and her kids, which made him as good as dead
Too bad! Peep the video when you continue 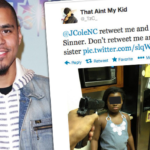