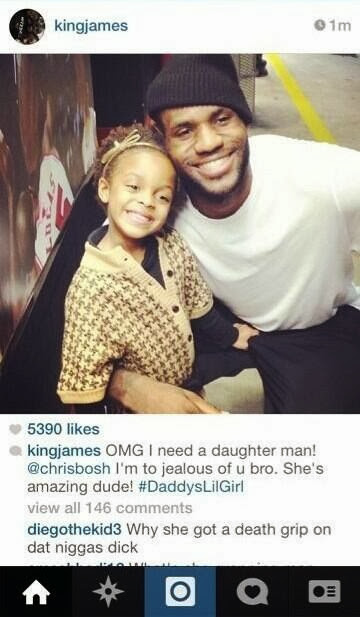 Basketball player Lebron James tweeted a photo of himself posing with teammate Chris Bosh’s cute daughter, Trinity and obviously, he didn’t notice Trinity’s hand was fiercely grabbing his crotch. Until it was quickly pointed out by many of his Instagram followers.
Within moments, Black Twitter erupted, accusing James of unmentionable inappropriate behavior
with Bosh’s daughter. James swiftly deleted the image and replaced it with the cropped photo. But the damage was done already.
The picture has gone viral, with many Twitter users now concerned that little Trinity may be exposed to inappropriate behavior at home.

Another tweet and the cropped photo when you continue! 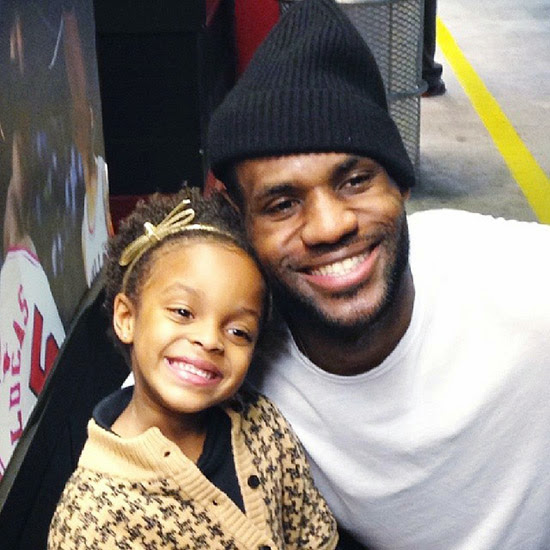