Justin Bieber has been accused of abusing a flight attendant on a private jet until she was forced to hide in the cockpit. The troubled teen singer and his entourage were also said to have smoked so much marijuana on the flight between Canada and New Jersey that the pilots were forced to wear oxygen masks.

Bieber, 19, his father Jeremy, 38, and ten friends travelled on the leased jet to Teterboro airport ahead of the Superbowl and were allegedly so verbally abusive towards the female flight attendant that she has refused to work for him again.

Despite several warnings, the singer and his father Jeremy would not stop verbally abusing the flight attendant, and she eventually hid in cockpit with the pilots to avoid Bieber and his entourage.

According to an official report, Justin Bieber and his father Jeremy were ‘extremely abusive’ towards the flight attendant.

‘The captain of the flight stated that he warned the passengers, including Bieber, on several occasions to stop smoking marijuana,’ the official report of the incident, obtained by NBC News, reads. 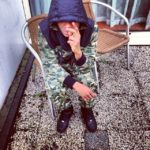 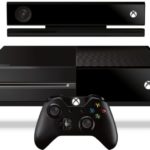