Naomi Campbell has got a hot banging body for a 43 year old and she showed it off wearing a Moschino swimsuit on the cover of Shape magazine’s April 2014 issue.
On being the cover girl, she said:

“I’ve been on almost every magazine in existence, but this is my first time posing for Shape, and I’m thrilled. Of course,” she told the glossy. “I wish I had done it when I was younger, but it’s an honor to be here at any age.”

On her battle with smoking after she gave up drinking years ago:

“People told me that cigarettes are harder to quit than alcohol,” . “I didn’t believe it, but you know what? It is harder. It’s still a struggle, in fact, just talking about it makes me crave one, so let’s stop, please! But I am really trying.”

So how does she maintain such an incredible figure?…….Find out when you continue

The British bombshell recently mentioned on HuffPost Live that her anti-aging secret is green juice, pilates and she’s also a devoted yogi. In fact, Naomi practices 60 to 90 minutes every morning and says beyond staying fit it’s “about healing and being in a place of serenity. It makes me feel better physically and mentally.”
She practices yoga daily and also watches her diet very carefully.
“I don’t eat fish, pork or tuna or any other fish that eats another fish because of mercury,” she explained.
So what does she allow herself?

“I like spicy foods. I put chili spice on everything!” she says, also sharing that she can’t do without a treat of Galaxy chocolate every now and then. 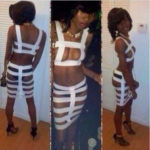 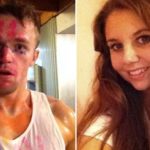