Rachel Dilley, a 48-year-old mother of three, recently appeared on a British morning show to talk about contracting HIV as a middle-aged woman. She recounted her tale of contacting the virus nearly a decade ago from a summer fling. The mom, who was about to turn 40 when she was infected, told the show’s hosts that although she had unprotected sex with her partner, she never thought she could contract HIV because she “didn’t know anything about HIV” and “thought you got it in Africa.”
Dilley added: ”I didn’t know a white person had ever got it.”
Dilley’s ordeal began when, after weeks of not feeling well, she decided to see her doctor who found that she had malaria-like symptoms. Dilley’s doctor suggested she take a HIV test, just to rule it out, but two weeks later she was shocked to find out she was positive.

“My first words were: ‘Am I going to die?’ I thought it was a death sentence,”

“I knew nothing about HIV or AIDs and everything I read on the Internet terrified me. When I told my children, they were devastated. My daughter was so affected she couldn’t speak and my younger son said: ‘Are you going to die?’ I couldn’t have felt more ashamed because I had no one to blame but myself.”

While it’s unfortunate Dilley was infected with HIV, I find it difficult to believe she’s never heard of a single White person (particularly since there have been tons of famous ones) who contracted the virus. Moreover, her ignorance around HIV only further highlights the need for comprehensive sexual health education at every age….watch the video below 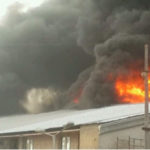