Anambra State Governor, Mr. Peter Obi finally bowed to pressure yesterday and accepted a chieftaincy title as the Okwute of Igbo land in Awka amidst pomp and pageantry.
The traditional ruler of Onitsha Kingdom, Igwe Alfred Nnaemeka Achebe decorated him assisted by other prominent monarchs in Anambra like Igwe K. O Orizu of Nnewi, Igwe P. C. Ezenwa of Oba and Igwe Onwuneme of Ikenga.
Obi Achebe in a remark said that the traditional rulers in the south east unanimously agreed to bestow on Obi the prestigious title of Okwute (the rock) of  Igbo land  in recognition of his numerous development strides he carried out in Anambra state and his prominent leadership roles in the entire Igbo land.
He described the honor done to Obi as well deserved  and also announced that the wife of the governor, Mrs. Margaret Obi has been decorated too with the title of Ona Chinyelu diya ( special ornament given to his husband by God).
Igwe Achebe also noted  that Obi’s eight years in office has been eventful and said  the monarchs in Igbo land and other Igbo sons and daughters are already looking up to him  to assume a higher responsibility in the presidency someday.
The Chairman of the planning committee and former governorship aspirant in Anambra State, Prince Chinedu Idigo said that it is a thing of joy that Obi has finally accepted to be made a Chief now that he is quitting the stage as a governor. He described such character as great sign of humility and said Obi is the new Igbo political leader.
In a brief acceptance speech, Chief Peter Obi expressed appreciation to all the guests present and called for more dedication and commitment on all citizens towards making the Igbo nation and the country Nigeria a better place for all.
The colorful ceremony which took place at Ekwueme Square Awka was witnessed by traditional rulers like Attah of Igala, the Chairman, Southeast Council of Traditional rulers, Eze Cletus Ilomuanya, Anambra   Governor elect, Chief Willie Obiano , his deputy, Dr. Nkem Okeke, Chief Victor Umeh  among others.
Source: Sunnewsonline 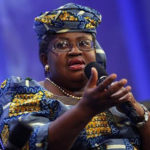