Today it was also revealed that a remote island in the middle of the Indian Ocean with a runway long enough to land a Boeing 777 was programmed into the home flight simulator of the pilot of the missing Malaysia Airlines plane.

Police are now urgently investigating whether Captain Zaharie Ahmad Shah had practised landing at Diego Garcia, an island south of the Maldives occupied by the US navy.

The investigation into the Diego Garcia, an overseas territory of the UK, which is rented to the US and is now a huge American naval base follows fresh eyewitness accounts of a ‘low flying jumbo jet’ being spotted in the Maldives…..continue

People on the island of Kuda Huvadhoo reported seeing a plane on the morning of the disappearance of Malaysian Airlines flight MH370, according to a Haveeru, a news website in the Maldives.

Islanders said a white aircraft with red stripes across it – which would match the missing plane – was seen travelling North to South-East towards Addu, the southern tip of the Maldives.

‘I’ve never seen a jet flying so low over our island before. We’ve seen seaplanes, but I’m sure that this was not one of those. I could even make out the doors on the plane clearly.
‘It’s not just me either, several other residents have reported seeing the exact same thing. Some people got out of their houses to see what was causing the tremendous noise too.’ 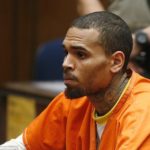