A Chinese advertising agency boss slaughtered his ex-girlfriend, her mother, sister and three-year-old niece with an axe in a fit of jealousy after her family banned her from seeing him.

Xiang Jan, 39, said he was furious having spent a small fortune trying to win the heart of Yang Kao, 28, when she dumped him because her family had told her he was not a suitable partner.

Xiang spent several weeks trying to persuade the young woman to change her mind but then discovered that the girl’s family had managed to find her a new partner and given her their blessing to marry him.

In a fit of rage he purchased axe on the same day that he was told the news and went to the woman’s house in Huayin City in northern China’s Shaanxi Province. He used the axe to butcher his ex, her mum and sister.

When he was leaving the house he spotted the three-year-old niece, and killed her as well.’

The man then fled the house going back to his mother’s home in the Huangu Township of Ziyang County also in Shaanxi Province.

He had then taken a rucksack full of potatoes and a feather quilt and fled into the mountains.

Based on her information police scoured the local woods and eventually found the man hiding in a cave.
He was arrested and faces the death penalty. 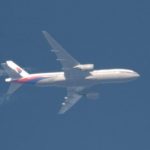 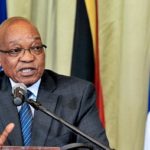