Without fear of President Goodluck Jonathan, ten gunmen sneaked into Otuoke, his hometown in Ogbia Local Government Area, Bayelsa State, and whisked away his first cousin, Chief Inengite Nitabai.
In a daring move, the heavily armed men stormed the expansive compound of Nitabai located before Otuoke bridge, off Otu-Okpoti-Ogbia Road and isolated their target without a gunshot.
Nitabai said to be about 70 years old is a compound chief in Jonathan’s Ebele family and his has been acting like a father to the President since Jonathan’s real biological father died.
Commotion and panic reigned supreme in the compound of Nitabai when the bandits gained access to the area between 8 and 9pm on Sunday. The victim, his wife, his wife’s sister and three of his children were in the house when the assailants stormed the compound. His wife’s sister, 37-year-old Akinobebh Jin, said Silas, one of the sons of the victim first sighted the criminals and raised the alarm.

“We came back from somewhere around 8pm. Silas was at the verandah doing his assignment while my inlaw, my sister and two other siblings were in the living room together.

“After sometimes, Silas came shouting and saying that some people had jus entered into the compound. As we sprang on our feet, we were confused because we didn’t know where to run to.

“Shortly After that five heavily armed men entered into the house, barking. We ran into the kitchen and some of them followed us to the kitchen. They asked us to lie down. They hit my sister on the head and asked her to give them money.

“They also hit my inlaw with the butt of their guns and demanded money. They threatened to shoot us. My sister told them she had small money and they followed her to the bedroom where she gave them money”,she said.

Jin said after collecting about N400,000, the gunmen still took their victim forcefully into a car parked at the compound. She said the car a Sports Utility Vehicle (SUV) belonged to the victim and was parked in the compound.

“Five of the gunmen entered the compound while five others were hanging around the premises. They locked us inside the house before leaving”, she said.

Jin who sustained injury at her finger said she had yet to recover from the shock. 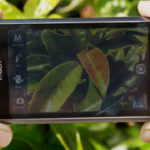 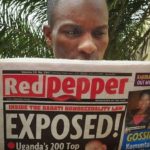