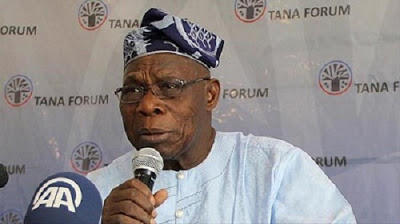 The Nigeria Extractive Industries Transparency Initiative has said the country has not been able to account for about N70tn revenue generated from petroleum between 1999 and 2014, which was spent by successive administrations within the period, Punch reports.

The report revealed that Olusegun Obasanjo, Umaru Musa Yar’Adua, and Goodluck Jonathan who were presidents within that period squandered the money.

The revelation was made after NEITI alleged that Nigeria has lost over $200bn it could have earned from the exportation and sales of mineral deposits found in several states of the federation in the last eight years.


Speaking before the Senate Committee on Federal Character and Inter-Governmental Affairs during an oversight visit to his office, the Executive Secretary of NEITI, Mr. Waziri Adio, said that unless Nigeria developed a prudent way of spending, the country will face severe difficulties ahead.

He said it was “unfortunate and unthinkable” that despite the huge earnings recorded from crude oil sales over the years, the country had failed to account for at least $100bn in the Excess Crude Account.

“Let me inform the committee that we discovered that between 1999 and 2014, the country spent over N70tn it received from oil and gas alone. That is a whole lot of money. And what is sad is that it was spent without the country being able to show for it. I think it is quite unfortunate.

“For the sake of emphasis, however, I think if previous administrations had developed a culture for prudent management of resources, Nigeria ought to have over $100bn saved in the Excess Crude Account. So, going forward, it is necessary for government to think about saving a lot more and do all it can as well as to cut down on wasteful spending if the nation must make progress.”

The NEITI boss urged the President Muhammadu Buhari-led administration to develop a saving mechanism that would lead to drastic slash on government spending to the barest minimum, if the government must succeed.

SAD! This Woman Is Happy That Her Own Son Was Burnt To Death.

NO TRUST: Did Donald Trump Bully His Wife Melania To Vote For Him? [PHOTO]