Just few months after a movie producer engaged it over an alleged scam,
Silverbird Cinemas, Victoria Island, Lagos might be in another battle with
another popular Nigerian filmmaker, Kunle Afolayan.

According to
information gathered, Kunle Afolayan, has decided to go tough with some cinema
operators in the country over high percentage charged by them on movies shown in
their cinemas. Kunle also alleged that most cinema operators in Nigeria are
killing the movie industry with the high percentage they now charge for movies
shown at their cinemas.

NFC gathered that Kunle decided to hit hard on
the big screens investors because according to him, cinema operators now collect
as high as 70 percent of gross profit on movies shown at their cinemas while
movie owners take 30 percent.

NFC contacted Kunle on
phone to confirm the story, which he said was true. He however told NFC that
consultations were going on in reaching a compromise on the matter.

When
NFC contacted Ozone Cinemas about the matter, the General Manager, Patrick Lee
told NFC that his cinema does not charge that high as claimed by
Kunle.

He gave NFC a breakdown of how he charges filmmakers on their
movies shown at his cinema. According to Lee, Ozone takes 50 percent of the
gross profit for the first week a movie is shown at the cinema, 55 percent from
second week, while 60 is charged from the third week upward.

An
investigation made by NFC on Genesis Cinemas at Lekki reveals that the cinema
runs a flat 50 percent from the gross profit between the cinema and movie
producers from the first week to when it stops showing at the cinema.

According to what the anonymous source told NFC, most Nigerian
movie producers are always told these terms before putting pen to paper. He
wondered why somebody like Kunle Afolayan would lay such claims on
them.

The source said some filmmakers like Kunle believe cinema operators
should dance to the tunes of movie producers. In the new charges arrangement
shown to NFC, cinema operators now charge 50 percent for the first two weeks,
which is not the same for foreign movies.

This new charges, we were told
took effect two weeks ago.

NFC contacted some filmmakers on this issue.
According to Blessing Egbe, the producer of Two Brides and a Baby, she claimed
that Silverbird shows the big-boy character. She wondered why they claim to
support Nollywood when they actually are not, especially with their exorbitant
charges.

She told NFC that only Silverbird Cinemas charged 70 percent of
the gross profit from her movie.

Another filmmaker, Tunke Kelani told NFC
that the charges depends on the contract and bargaining power of the producer
involved. According to him, he was charged 50 percent for the first week, 55
percent for the second week while 60 percent was charged from the third week up
when his movie, Maami was shown at Silverbird Cinemas.

The movie industry
in Nigeria has received a massive boost since the reintroduction of the cinema
culture in Nigeria. Most good producers now go for cinema movies as against the
home video movies.

With this, what awaits the fast growing make-believe
profession? 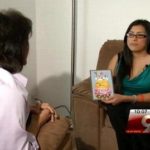 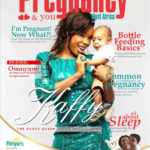