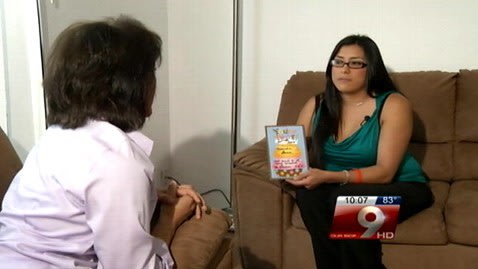 The mother of an 8-year-old Arizona girl who was presented with a “Catastrophe Award” for apparently having the most excuses for not having homework believes her child was humiliated by her teacher. Christina Valdez said her daughter, Cassandra Garcia, came home one day from class at Desert Springs Academy in Tucson, Ariz., with the paper award.

The document, which looks like a colorful card, contained the following message: “You’re Tops! Catastrophe Award. Awarded to Cassandra Garcia. For Most Excuses for Not Having Homework.”
The teacher signed the card “Ms. Plowman,” added the date – May 18, 2012 – and even included a smiley face and then to crown it all, she even announced the award in front of the entire class, and the other students laughed at her daughter and when she contacted the school to complain, the principal “blew me off,” Valdez added. “She said it was a joke that was played and that the teachers joke around with the children.”

“I think it’s cruel and no child should be given an award like this. It’s disturbing,” she said, adding that she was not aware her daughter had a problem with homework, and that the girl had been enrolled in an after-school homework assistance program…………………..Oh she was not aware!!! You know what i think?????????  The mom just awarded herself a similar award Out of Touch Mom Of The Year for not staying on top of her child’s responsibility to do her school work and turning it in. Not over-seeing what goes on at home and staying in touch with the child’s teacher. She awarded herself this when SHE WENT PUBLIC. only a reflection on HER!….Unaware there was ahomework problem BUT the kid is enrolled in an after-school homework assistance program. Which is it???