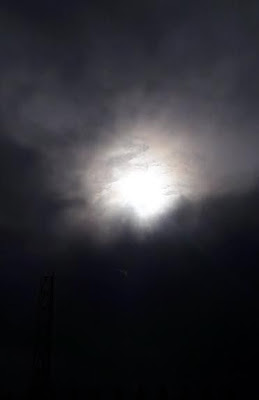 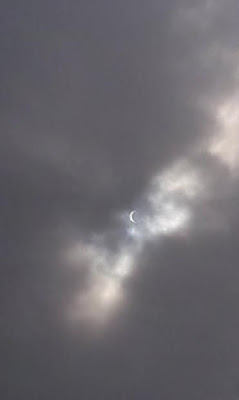 Two weeks ago, Nigerians were warned about an eclipse of the sun that will happen today.
The National Space Research and Development Agency (NASRDA) predicted that there will be an eclipse of the sun across Nigeria on September 1st.
It was said that Nigeria will experience an annular solar eclipse that will be visible all over the country with different degrees of totality today September 1, 2016,
Well, as at the time i wrote this, the only visible eclipse has been sighted in Port Harcourt Rivers state.
Chinedu Amah just shared this photos of the eclipse in Rivers state.
An eclipse is an astronomical event that occurs when an astronomical object is temporarily obscured, either by passing into the shadow of another body or by having another body pass between it and the viewer.
The term eclipse is most often used to describe either a solar eclipse, when the Moon’s shadow crosses the Earth’s surface, or a lunar eclipse or when the Moon moves into the Earth’s shadow.
Annular solar eclipses have a “ring of fire” and occurs when the Moon moves in front of the Sun but does not cover the Sun’s discs completely. 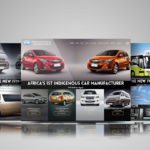 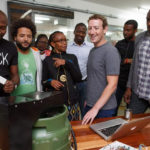