Menu
ONE of Africa’s finest novelist, poet and dramatist Captain Elechi Amadi died yesterday  Wednesday June 29 2016 at the Good Heart hospital in Port Harcourt at the age of 82. 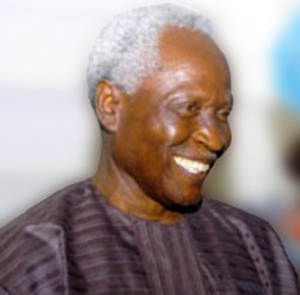 A member of his family, Bar Wabueze Amadi, confirmed the development, saying he passed on at about 3: 45pm at the hospital.
The late captain Elechi Amadi was among the first generation of African writers and novelists.
Some of his works  include The Concubine, The Great Ponds, Isiburu, Sunset in Biafra, Dance of Johannesburg, Peppersoup, The Road to Ibadan, The Slave , Estrangement and the Woman of Calaber.
He celebrated his 80th birthday in Port Harcourt, in 2014 releasing a souvenir edition of one of his plays, Isiburu to mark his 80th birthday.
He was born on 12 May, 1934 in Aluu community, Ikwerre local government area. He attended Government college , Umuahia and went to the University college, Ibadan where he bagged a BSc degree in Physics and Mathematics. He served in the 3rd Marine Commandos of the Nigerian Army. He was first Commissioner for Education in the old Rivers state and also served as Commissioner for Lands and Housing He had several honours to his credit. He was Fellow of the Nigerian Academy of Education and a Member of the Order of the Federal Republic of Nigeria .
He was awarded a honorary doctorate degree by the University of Port Harcourt in 2011. He was abducted by unknown gunmen in 2008 and later released after some days in their custody. He lived in his community, Aluu until his death.
The Director General, NIMASA, Dr Dakuku Peterside described him as a great Nigerian who will be greatly missed. His words,

“Captain Elechi Amadi, certainly was a man of many parts who touched lives in many ways. And he will be remembered for good by many people who met him physically or through his books. He was a well known author, publisher, soldier and statesman who was concerned about a better society.

“My generation will definitely remember him more for his great books like the Concubine, the Great Ponds, Sunset in Biafra, Estrangement, the Slave and a collection of poems.

“It is regrettable that Amadi passed away at a time when Rivers, our dear state is still far away from the aspirations of its founding fathers like him and most sons and daughters of the state. There is no doubt that Elder Elechi Amadi and other founding fathers will be weeping in their graves at the state of Rivers State. Nigeria and the international literary community has lost a creative giant.

“The departed patriot, no doubt, had a remarkable life and he will surely be remembered for serving humanity with literature and his interventions.

May his soul find eternal rest in the Lord. 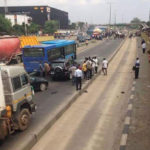 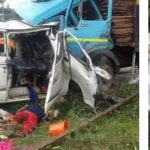