A teacher, who confirmed the development, said that police has taken over the school after an SS3 student stabbed an SS2 to death during a fight on Thursday, March 10.

“Following the directive from the Commissioner for Education, Mrs Idongesit Etiebet, the principal announced the indefinite closure of the school to forestall further breakdown of law and order. Policemen are only here to enforce that directive and to investigate the incident,” the teacher said.

One of the students of the school linked the incident to the cult rivalry between SS3 students and their SS2 counterparts.

“The assailant, one Samuel Effiong Aduk (18), popularly called ‘Benzema’, who stabbed the deceased, James Effiong Archibong, (18), to death, had left the school to continue his SS3 in another school because of series of frictions he used to have with other students”

“Since then, he ( Aduk) has been coming to this Aka Community School, until yesterday (Thursday) when he came and a bitter quarrel broke out between himself and James, whereby he brought out kitchen life and sliced his throat and James died instantly before being rushed to the hospital”, the student explained.

Confirming the incident, spokesperson of the command, Odiko Macdon, said Police operatives have been deployed on the orders of the Commissioner of Police (CP) Amiengheme Andrew.

Macdon said that discreet investigation is ongoing to unravel the immediate and remote causes of the fracas that led to stabbing the deceased in the neck to die.

“We are aware of the incident of a fight by students of Aka Community Secondary School, where one Samuel Effiong Archibong of SS3 stabbed his colleague, one James Elijah Aduk, of SS2, in the neck and he died. Both of them are 18 years old,” the PPRO stated.

“The CP, Mr. Amiengheme Andrew has zero-tolerance for crimes and criminalities and has ordered discreet investigation on the said incident.” he assured.

KanyiDaily had also reported how reported how a police DPO and his men were attacked by some rampaging students of two secondary schools in Ondo State. 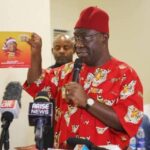 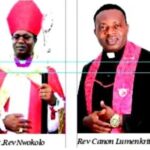