An Anglican priest, Rev Canon Lumenkriti Ebo, who was recently sacked for alleged immoral acts, has accused the church of taking his legally married wife and accommodating her outside her matrimonial home. 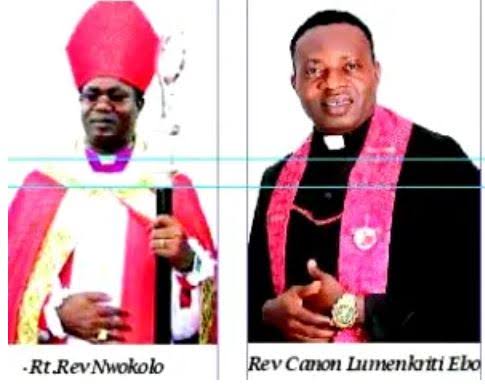 According to Vanguard, Ebo was sacked by the Anglican Diocese on the Niger after he was accused accused of impregnating a lady who went to his adoration ministry by telling her she had to sleep with him to get healing.

The battle came to a head when the bishop on the Niger, Rt. Rev Owen Nwokolo withdrew the ordination license of Ebo over alleged immoral acts capable of undermining the reputation of the church.

Until the withdrawal of his ordination license recently, Ebo was running an adoration ministry at Umunya in Oyi Local Government Area of Anambra State.

Last week, the embattled priest accused the bishop of high-handedness, alleging that Rev Nwokolo was demanding the sum of N3 million from him every year for operating the adoration ministry and infringing on his fundamental human rights.

He also dragged the bishop to the Federal High Court, Awka at the heat of the disagreement with the church.

READ:  Kano Hisbah Commander Arrested After He Was Caught With Married Woman Inside Hotel

But speaking on the face-off between the priest and the Diocese, the deputy chancellor of the Diocese on the Niger, Mr. Ben Uzuegbu (SAN) said the church decided to withdraw Ebo’s ordination license because it could no longer tolerate his excesses.

He said: “The former priest was doing things that were unbecoming of a priest. The bishop had to call us, the legal team of the Diocese, to decide how to handle the man.

“With what he had done, he ought to be in prison, but the church decided to be lenient with him, thinking that he would change. But he refused to change and his immoral acts became a scandal such that it was in the public domain that he impregnated his secretary and was always beating his wife to stupor.

“He was later suspended and when it was obvious that he did not want to mend his ways, the church decided to withdraw his license.”

According to him, the Diocese on the Niger has a constitution that guides the activities of its priests, adding that it was wrong for Ebo to accuse the bishop of collecting N3 million from him every year when he, the priest, is an employee of the church.

Uzuegbu added: “If a priest acquires property, it belongs to the Diocese. Monies paid by parishes belong to the Diocese, not the bishop, as he claimed.

“It was even discovered that he registered his adoration ministry with the Corporate Affairs Commission in his name in 2017, and that of his secretary and leaving out his legally married wife, contrary to the constitution guiding priests working in the Diocese.”

He was also accused of telling a girl that having sex with her would heal her ailment which, according to the church, was something that could not be condoned in the church of God.

In his own part, Ebo said that as priest of God, nobody can sack him, adding that he remains a priest in the order of Melchizedek.

He said: “Let me say that I did not quit the priesthood. A priest is chosen by God, and I remain a priest.. What I did was to turn in my resignation as priest of the Diocese on the Niger to my lord Bishop Owen Nwokolo.

“What happened was that I have a special call by God to spread his word in a peculiar way, and to minister to souls, heal the sick and bring God’s blessings upon souls. For this reason, I was moved by the holy spirit to begin working in a congregation which later metamorphosed as God in Action Adoration Ministry.

“This course of ministration by me is what I can say instigated antagonism and persecution from angles controlled by Bishop Owen Nwokolo. It was obstacle set and promoted by him that forced me to resign as priest of the Diocese on the Niger.

“I have remained for sometime the single largest contributor as priest with congregation, to the diocese. I have given to the church without looking back, and to my lord Bishop himself, as God provided.

“I bought a land and handed over to the diocese, and my financial contributions were unparalleled, and this I say with humility. I am the only priest in the diocese who is not on the salary list because I rejected salary.

“However, my Lord Bishop later called me and insisted that he wanted himself and his wife to be included as trustees in the registered titles of the adoration ministry.

“When I prayed about his demand, I got clear revelation that God had different purposes for the Bishop, but not within the adoration ministry, and I conveyed this message to him. He threatened to ban my activities within the diocese and to bring me down for this refusal, but I relied on God.

“Even if they kill me tomorrow, some persons are aware of my correspondences with the Bishop on this matter.

On the allegation that his marriage had broken down, Rev Ebo said: “Sadly it is so. My lovely wife within the circumstances of my travails with the diocese suddenly turned tiger.

“I was not taken aback because God had earlier revealed to me that I would have additional challenge from that quarter. They bought my wife over and she began to antagonize me.

“As we speak, my wife resides in an apartment paid for by someone who knows that she is another man’s wife. It has really affected me as a young man who is permitted to marry, and who has lived with a woman, because indeed though I am a priest, but like our Lord Jesus while he was on Earth, I also eat and drink like a normal human being”.

KanyiDaily had also reported how Onitsha Catholic Archdioces disowned Rev. Fr. Magnus Ebere, who recently claimed in a viral video that Igbo people always dominate in any church they attend. 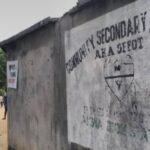 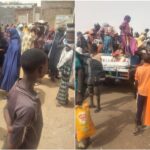