The police say they have rescued Christian Obodo, the Super Eagles midfielder who was kidnapped in Warri on Saturday. (Read about it HERE)
The
spokesperson to Delta State Police Command, Charles Mouka,  said the
Lecce player Obodo, was freed from his kidnappers in a forest in the
Enevor area of Delta state.
He said that  some of the kidnappers, who demanded $170,000 ransom, were also arrested during operation.
The kidnappers of the Lecce player had demanded for $170,000 in ransom money shortly after the kidnapping.
Obodo,
who plies his trade with Seria B side Leece, returned to the country
few weeks ago after a tedious football season in Italy.
Popularly
referred to as ‘bundle of skills’ owing to his dribbling skills, Obodo
had two years ago lost his father who passed away after a brief illness
Obodo’s abduction is the first suffered by any footballer
even though close families of some football stars have been seized in
the past 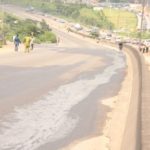