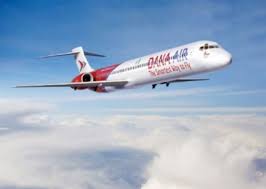 THISDAY authoritatively learnt last night that rescue workers recovered
about N1.1 million intact from the bodies and bags of the victims.

In total, the money and other personal effects of about 32 victims of the crash were recovered by rescue workers…continue to see the names of the victims and what they had on them before the crash.

A source in the National Emergency Management Agency (NEMA), which
coordinated the rescue efforts, said rescue workers used documents such
as drivers’ license, ATM cards, office identity card and national
identity cards to match some of the recovered personal effects with
their owners.

The source further said the cash and other personal effects had been
handed over to the police “for onward delivery to the nation’s Accident
Investigation Bureau where relatives are expected to collect their loved
ones’ properties.”

According to a breakdown of the recovered money and personal effects,
which THISDAY gleaned Friday night, late Shauib Maimunat, who died
alongside her children and four others, had N156, 000 on her. She also
had her BlackBerry phone, Nokia 1600 phone, a brown wallet and a brown
bag.

Late Maimuna Anyene had $1,000, N1000 and a purse containing debit cards
of international and local banks, including that of Citi Bank of
America.

Late Chinwe Obi had on her N21,000, an Olympus camera, one Samsung handset in her brown bag.

Another victim simply identified as Alhaji had N441,000 in a purse he carried before his death.

Late Prof. Obot had N91, 510, 1035 Euro and $455 while late Josephine
Okechukwu had a wedding dress and other assorted wares recovered.

Speaking to THISDAY on the DNA test, Mr. Mike Uchegbu, said his family
had to postpone their test to Monday due to the non-availability of the
second donor to give the sample of his cells.

He said he explained to the hospital authorities that the expected donor
does not reside in Lagos and because the test would not be conducted
over the weekend, he would come in on Monday.

He blamed the ongoing delay on the hospital authorities’ sudden change
in plans to double the number of donors despite asking for only one
initially.

Mr. James Okafor, who lost his brother and whose injured in-law was
hospitalised at the Surgical Emergency Ward of LASUTH, is in deep
anguish.

While his in-law, Iloka Chima, was injured as he tried to escape from
the debris of what used to be their residence, his brother, Nwabuwa, was
not so lucky as he was burnt to death while asleep.

Shuffling the role of caring for his in-law and identifying the corpse
of his late brother as well as submitting his tissue for DNA, James was
philosophical about the compensation promised by Dana Airways when they
paid a visit to Iloka Friday.

He said: “We were paid a visit by Dana Airways and their solicitors and
they promised to compensate us for our loss. According to them, their
visit was just one in a series of others they made to other displaced
persons from the destroyed residential buildings. They also asked us to
compile the list of what we had lost to the crash.”

Okafor added: “I do not know the monetary value of the compensation but
all I know is that they should consider the three children my brother
left behind before they calculate what to give to them. Since their
father’s death, they have become my responsibility.”

Although he admitted having done the DNA test Friday, he, however, flayed the entire process describing it as slow-paced.

The Chief Medical Director of LASUTH, Prof. David Wale Oke, had spoken
of the need for the DNA to be carried out on all the corpses.

Although he said parents of the corpses could donate their cells for the
DNA test, he also said siblings and children would also be admissible. 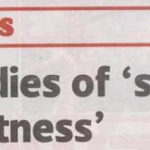 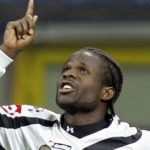