As Americans come to terms with the dastardly theatre
killings in Colorado, the Nigerian community in New York was thrown into
mourning, weekend, when a Mercedes Benz sports utility vehicle with
some Nigerians hit a concrete support and rolled over….The SUV burst into flames killing five of the seven passengers including two children….. The accident happened on Sunday in New York City where the cccupants
of the car had come from a 2-day convention of the Arondizuogu Patriotic
Union National Congress of North America……Continue

Later that day, members of the group were in mourning as they entered
and left the Jamaica Hospital Medical Centre where three of the
survivors of the accident had been brought.

A grieving Inno Chima, a participant in the Saturday night gala, was
quoted to ask: “Did God go to sleep on us?”  The accident occurred
around 3:15 a.m., and the police believe the S.U.V. was speeding, the
authorities said.

Witnesses told investigators that the vehicle ran two red lights
shortly before the accident, which occurred on Atlantic Avenue just east
of the Van Wyck.

The vehicle struck a concrete support for the AirTrain to Kennedy
International Airport, and flipped a number of times before coming to
rest on the passenger side about 80 feet away, authorities said.
Then it ignited in flames.

During an interview outside the hospital, Mr. Chima said there was
“casual drinking” at the Golden Terrace banquet hall, on Atlantic Avenue
less than a mile from the accident site. But investigators do not
believe that alcohol played a role in the accident, and emergency
personnel did not detect the odor of alcohol at the crash scene, a law
enforcement official said.

On the sidewalk outside Jamaica Hospital, Evelyn Anyaogu, from the
Bronx, said she was a cousin of one of the people who died in the
accident. Ms. Anyaogu identified her cousin as a Michigan woman, Nnenna
Obioha, who was in her 50s or older. “She has the best heart in the
whole world,” Ms. Anyaogu said. Ms. Anyaogu recalled how festive the
night had been at the convention. “We danced our native dance,” she
said, adding that it was a “very, very good time.”

But those memories quickly evaporated when Ms. Anyaogu received a
call from the authorities to “tell me what happened.” “How do you cope?”
she added. One mourner emerged from the hospital crying and chased
several news photographers, threatening to hurt them 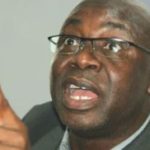