Chairman, Senate Committee on Communications, Senator Gil Emeka
Nnaji, (PDP, Enugu-East) has warned providers of Global System for Mobile
Telecommunications,  GSM, to improve on their services to Nigerians or
face the risk of being pushed out of the country.

According to Nnaji, the Senate was ready to  invoke the necessary
legislative provisions to make the GSM operators in Nigeria sensitive to
the sufferings of the masses on the poor quality of telecommunication
service, rural telephony and fixed lines, adding that if they fail to
improve on their services, they should be prepared to  leave the
Nigerian business environment.

Nnaji, who spoke at the committee’s public hearing on the
deteriorating service by GSM providers, described as unacceptable, the
claims by the Nigerian Communications Commission, NCC, that of all the
telecommunication service providers, it was only the MTN that was
presently making profit since commencement of operations in the country.

According to him, Nigerian public deserves nothing short of the best
in the area of telecommunications, considering the huge investments the
Federal Government had made in the sub-sector, primarily in the aspect
of tax holidays upon licence acquisition to enable the operators deploy
sufficient infrastructure.

According to him, “the Senate as a responsive and
socially-responsible institution, after series of interactive sessions
towards addressing the lingering public outcry, subsequently decided to
ascertain the level of culpability or otherwise of these network service
providers on these issues with a view to advising the plenary
appropriately.”

A statement by Egbo Mon-Charles, Legislative Officer, Public
Relations to Senator Nnaji, said the NCC boss, Dr. Eugene Juwah, in his
presentation disclosed  that NCC had secured the cooperation of the
Federal Capital Territory Administration to provide more
telecommunication tower sites in Abuja as part of the perfected plans to
boost the quality of service within the FCT and its environs.

He also revealed that based on the records made available to the
regulatory body, MTN was the only operator making profit, adding that
the absence of commensurate infrastructure to contain the
ever-increasing subscriber base and lack of enabling regulations to
enforce compliance on the operators, are the major challenges facing NCC
in ensuring that the service providers offer Nigerians better quality
of service. 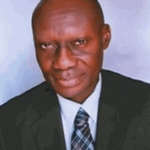 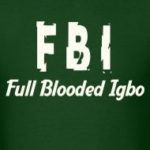