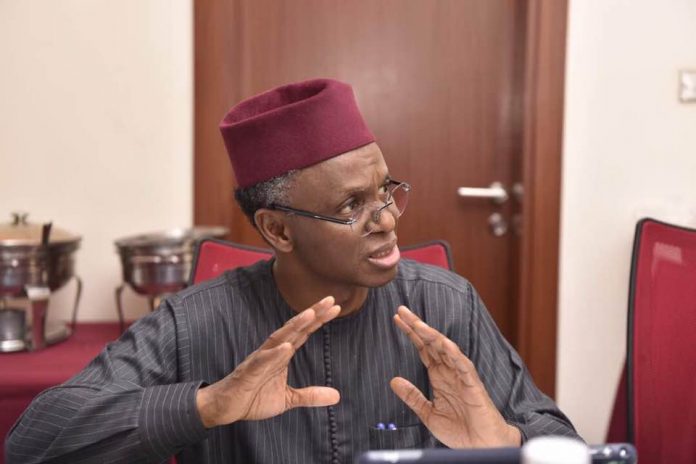 The Kaduna State Governor, Nasir El-Rufai has revealed that the President Muhammadu Buhari-led government spent a whooping sum of N1.7trillion on power in the last three years without any progress.

According to him, there is no result to show for the N1.7 trillion financial support the FG gave to the power sector in the last three years.

The governor made pknown at the end of National Economic Council (NEC)’s January meeting at the State House in Abuja on Thursday, 23, 2020.

E-Rufai, who is the Chairman of a committee set up by NEC to harmonise the Power Sector Reform, told reporters that the power sector has broken down completely, and Nigerians must now be involved in finding solutions to the ‘broken’ sector.

He said any Nigerian who have ideas and experience on power would be invited to bring in memoranda, as part of the plan to solve the intractable national power problem. El-Rufai said:

“There are other issues. The entire sector is broken, the tariff is an issue, the way the privatization was done is an issue to many.

“So, there are many issues. What we have agreed on is that there are fundamental problem in the electronic supply industry. And that you cannot privatize an industry and then over three years since privatization, you pump in N1.7 trillion of government fund into it, that is not privatization.

“The Federal Government has supported the electricity sector with N1.7 trillion in the last three years and this is not sustainable. So, solutions must be found.

“Today, there are 80 million Nigerians that do not have access to electricity. We cannot continue like this.

“We want to listen to Nigerians and get their own views and incorporate those views in every solution that we proposed.

“As part of our request, we asked from NEC to not only receive memoranda and inputs from participants from the industry, but, for the very first time, to open this conversation to members of the public.

El-Rufai said that there was need for an honest national conversation to find a way to fix the sector as the country would never make progress, create jobs or industrialise without a functioning electricity industry.

ALSO READ: Electricity consumers in Nigeria will pay more for power supply after an immediate review of electricity tariffs in the country was ordered by the Nigerian Electricity Regulatory Commission (NERC).