In February, Babatunde Fashola, Minister of Power, Works and Housing, had claimed that power generation in Nigeria had improved by 100% within the space of three years.

In April 2019, Vice President Yemi Osinbajo had also claimed that power generation had improved from 4000mw to 8100mw.

However, documents published by Vanguard from the office of Vice President Yemi Osinbajo state: “On April 23rd, 2019, average power sent out was 87,061.8 MWh/day. The reported gas constraint was 2,039.5 MW.

The situation is compounded because the Nigerian Gas Company (NGC), a subsidiary of the Nigerian National Petroleum Corporation (NNPC), was not able to complete the rehabilitation of the Escravos-Lagos Gas Pipeline System.

Consequently, Egbin, Omotosho, Olorunsogo and paras power stations were not able to generate power for transmission and distribution, thus forcing many electricity Distribution Companies (DISCOs) to express their helplessness to consumers.

Corroborating the document, the Transmission Company of Nigeria, TCN, said :

“The National Grid is experiencing reduced power generation due mainly to emergency maintenance by NGC of its gas pipeline supplying gas to Egbin, Omotosho, Olorunsogo and Paras Power Stations.

“This was reportedly caused by leakage on the Escravos-Lagos gas pipeline, necessitating the total shutdown of the four power generating plants on 25th April, 2019.” 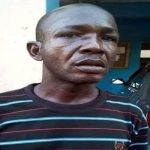 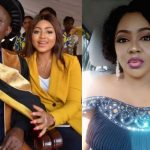