Nigeria’s Minister of Power, Works and Housing, Babatunde Fashola, claimed during the Nigeria-South Africa Chamber of Commerce (NSACC) breakfast forum, that president Muhammadu Buhari three years administration has done better in power generation, transmission and distribution than the opposition Peoples Democratic Party (PDP) did in 16 years of its administration.

The years ago, Babatunde Fashola, who was the former governor of Lagos state bashed the Peoples Democratic Party (PDP) for their inability to provide Nigeria a stable power supply. During Buhari’s Campaign for the presidency, he promised to fix the problem of power supply with Buhari’s first four years in power, if Nigerians vote for Buhari.

Fast-forward to today, Buhari is the president of Nigeria, Fashola is the man in charge of providing Nigerians the steady power supply he promised three years ago. The whole steady power supply thing is now becoming a reality because after being in charge for three years, Nigeria is still struggling with the provision of a stable power supply. Though while addressing the Nigeria-South Africa Chamber of Commerce (NSACC) breakfast forum, he claimed they have done better than what PDP did in their 16 years in electricity. He said:

“You will compare our record of three years with what we met after the previous 16 (sixteen) years.”

“If you compare our performance record in three years with the 16 – year record of the previous administration in the areas of Generation, Transmission and Distribution you will get the following instructive results.”

“I made it clear that our intention was to improve your power supply experience gradually rather than discuss the megawatts as the quantum of power, and that any reference to the megawatts would be measuring milestones of our progress in the journey of incremental power.”

“As to what we promised, I stated in my very first public briefing in November 2015 that contrary to previous practice, we were committing to a journey; first of getting incremental power, with the plan to proceed to steady power, and ultimately get uninterrupted power.

“How far we can go depends on what those of you who will decide who forms the next government do when you vote.” 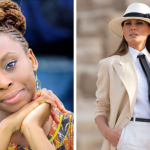 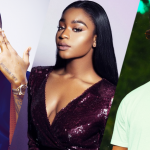