A Nigerian soldier who escaped a recent attack by the Boko Haram sect revealed on Monday, November 19, 2018, revealed how more 100 soldiers were killed during the attacks, which occurred at Metele, a remote village bordering Nigeria and Chad. Read the report HERE.

A diplomatic source told NAN that the Minister of Defence would also be meeting his Chadian counterpart during his mission to Chad, to identify what had led to the recent increase in Boko Haram terrorism in the area.

The sources, who preferred not to be named, said:

“Nigeria has a Chad problem in the Multi-National Joint Task Force (MNJTF) put together to secure the Lake Chad Basin area and repeal the Boko Haram terrorist attacks against all the countries neighboring the lake.’’

According to the sources, Chad is believed to have its own internal security challenges and this has reportedly led to them pulling away their troops from the border.

“That lacuna is being exploited by the Boko Haram terrorists, who go in and out of Nigeria, Niger and Cameroon to launch terrorist acts.

“This is a clear illustration of the fact that terrorism is beyond national borders,” the sources added.

When contacted, the Senior Special Assistant to the President on Media and Publicity, Malam Garba Shehu, said he was aware that the Defence Minister would be going to Chad, but said:

“I’m unaware of his mission there.’’ 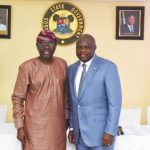 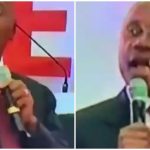