Ambode said Sanwo-Olu has given him his word that, if he gets elected governor next year, he would complete all the abandoned projects put in place by his administration.

While inaugurating a lecture theatre donated to the Lagos State University (LASU) by businessman and philanthropist, Mr Remi Makanjuola, Ambode said he is making concerted efforts to complete all the major projects initiated by his administration, but if time runs out on him, Sanwo-Olu would complete those projects he is unable to deliver before the expiration of his tenure. He said:

“I am so excited about the fact that Mr Sanwo-Olu has actually come out here and he has issued a promissory note and what that means is that we are going to have a government of continuity”,Ambode said.

“For whatever structures that we have in LASU right now, and I’m going to also convince our chief negotiator, Dr Wale Babalakin, we are already doing Senate building here, we are doing Students Arcade and we are also doing the Library. I hope I will be able to complete and finish them but if I am unable to complete them, I speak on behalf of Mr Sanwo-Olu that he will finish and also do the Staff School. 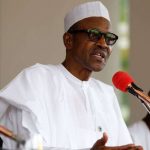 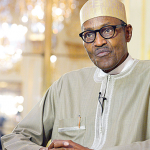