In the short audio released by Omokri on his twitter page, Amaechi was allegedly heard saying Buhari does not listen to complaints of Nigerians nor read comments concerning his administration. Amaechi allegedly said:

“The President does not listen to anybody. Does he even read.”

“Nigerians hear the audio of Rotimi Amaechi’s conversation, they may weep. The man has no iota of respect for Buhari.

“In fact, he hero worshipped former President Obasanjo in the tape and said he is the only worthy Nigerian leader. They know the truth, but hide it!”

Omokri further threatened to release more audio of Amaechi criticizing Buhari if the minister does not own up to the statement.

“We have more of the secretly recorded audios of Chibuike Amaechi, DG of the Buhari campaign, saying terrible things about Buhari’s government. I hear Amaechi wants to lie that he was referring to Goodluck Jonathan.

“Let him do that and I will release part two, which clearly shows he referred to Buhari.” 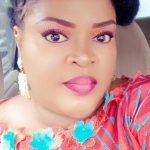 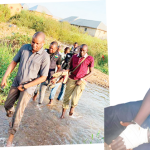