The Minister of Transportation, Rotimi Amaechi, who is also the Director General of the Buhari-Osinbajo Presidential Campaign, was heard allegedly speaking ill about Nigeria again in a fresh audio released by Reno Omokri, former media aide to former ex-President Goodluck Jonathan.

In the new audio released by Reno Omokri on Tuesday, Amaechi seemed to have suggested that Nigerians are cowards.

“Nigerians [are] cowards,” he said in the eight-second-long video. “The reason why Nigerians behave the way they behave is that there is no enforcement.”

It seems like we haven’t heard all the Amaechi tapes. The minister has been in the news over the past few days over some audio clips bearing his voice.

In the first audio Reno Omokri released, Amaechi was heard saying that President Muhammadu Buhari does not listen to complaints of Nigerians nor read comments concerning his administration. (Read the report HERE).

He then said that Nigeria is hopeless and helpless, that the only way for the country to make progress is for “everybody to be killed”. (Read the report HERE).

The minister was then heard describing President Buhari as a failure who has been unable to meet the expectations of various segments of the country. (Read the report HERE).

He also said that there would be a university in his village after the plans to build one in Daura, the hometown of President Muhammadu Buhari in Katsina state, have been concluded. (Read the report HERE).

The Presidency has, however, claimed that the trending leaked short audios were clinically edited. 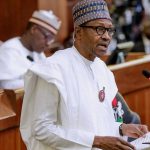