A UFC strawweight fighter, Polyana Viana gave a thief the beating of his life after he tried to steal her mobile phone while she was waiting for an Ulber in Rio de Janeiro. Not only did he leave empty-handed, but he also got some painful reminders of his mistake in the process.

According to Viana, the incident took place on Saturday night, around 8 p.m while she was waiting for an Uber in front of her apartment complex in Jacarepagua, a neighborhood in the West Zone of Rio de Janeiro.

A man sneaky man approached her and tried to steal her phone, but she already noticed his presence. She said:

“When he saw I saw him, he sat next to me,” Viana said. “He asked me the time, I said it, and I saw he wasn’t going to leave. So I already moved to put my cell phone in my waist. And then he said, ‘Give me the phone. Don’t try to react, because I’m armed.’ Then he put his hand over (a gun), but I realized it was too soft.

“He was really close to me. So I thought, ‘If it’s a gun, he won’t have time to draw it.’ So I stood up. I threw two punches and a kick. He fell, then I caught him in a rear-naked choke. Then I sat him down in the same place we were before and said, ‘Now we’ll wait for the police.’”

Later, Viana found out that the gun wasn’t actually a gun at all. It was a cutout in the shape of a handgun made out of cardboard paper. At the time, though, the Viana said the only thing she knew was that it wasn’t a real gun – possibly a toy weapon or maybe a knife.

Viana was alone but asked for help from passers-by to call the police once the man was subdued. She said she then kept his arm immobilized in a kimura-like position until they arrived.

According to Viana, they took him to an emergency care facility to address his wounds and then to the station, where she filed a police report.

Viana said she also learned at the station that the man had been arrested before and had only recently been released.

Viana says she was aware the area was dangerous, which is why she avoids wandering around alone. But she figured that, considering she was directly in front of the entrance of the building, close to the cabin where the doormen stayed, she’d be safe.

As scary as the situation sounds, Viana actually remained calm.

I was fine,” Viana said. “I was fine because he didn’t even react after. Since he took the punches very quickly, I think he was scared. So he didn’t react anymore. He told me to let him go, like ‘I just asked for the time.’ I said, ‘Asked for the time my ass,’ because he saw I was very angry. I said I wouldn’t let go and that I was going to call the police.

“He said, ‘Call the police, then’ because he was scared I was going to beat him up more.”

That, it turns out, wasn’t the first time the 27-year-old fighter experienced something like this. While she had never been mugged in Rio, where she’s lived for a couple of years, it had happened in her previous home of Belem. She said she was approached by two men in a motorcycle; one stayed, while the other charged at her.

“He broke my umbrella and tried to take my phone,” Viana said of the Belem incident. “I said I wasn’t going to give it to him. He tried to take it from my hand, I punched him in the face, and he was scared. This time I was scared. I don’t know if it was because there were two of them.

“So I was scared, but I think he was more scared than I was, so he jumped on the motorcycle and left.”

After leaving the police station on Saturday, Viana says she simply went home and made dinner. On Sunday, she said her hands hurt a little but that it’s nothing serious, and she’s otherwise unharmed.

READ:  Access Bank Apologises For Freezing Accounts Of #EndSARS Protesters, Says It Was Compelled By CBN 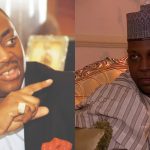