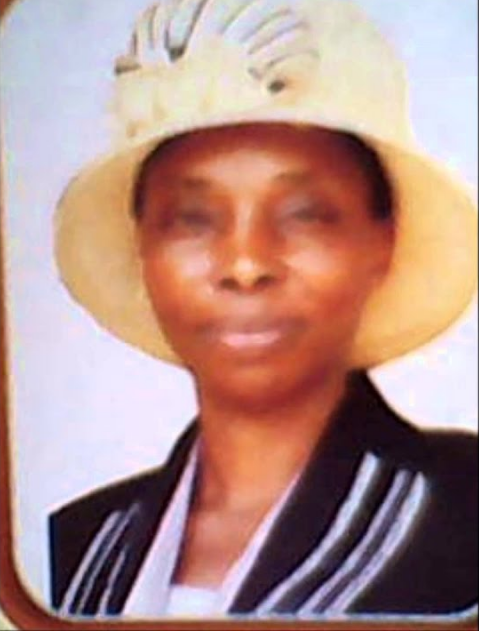 A woman known as Evangelist A.F Funmilayo has got Nigerians talking following the discovery that she wrote a Christian book where she criticized the game of football calling it ‘Anti-Christ’ and Satanic.

The woman whose identity was revealed by a tweep, Alex Oluwatobi (@alexlobaloba), has a book solely written on the evil of Football and its affiliation to Satan titled: The Game Of The Anti-Christ (Exposing The Secret Behind Football) as “the woman who served Satan for 990 years, now in Christ”.

Alex was left in shock after he tried to make friends with his new “born again” neighbours by asking what football club they support only for him to receive a Christian book demonizing football.

“My new neighbor seems not to like me, but I greet them anyways. In bid to be a little friendly, I asked their 2 sons yesterday the football club they support. They smiled, shook their heads & pelted upstairs. Got home this evening, Dad & Mum knocked & gave me this book.”

My new neighbor seems not to like me, but I greet them anyways.

In bid to be a little friendly, I asked their 2 sons yesterday the football club they supports. They smiled, shook their heads & pelted upstairs.

Got home this evening, Dad & Mum knocked & gave me this 👇 book. pic.twitter.com/nPTPjn68LY 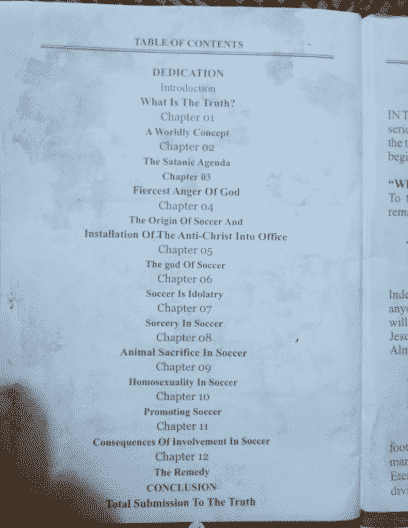 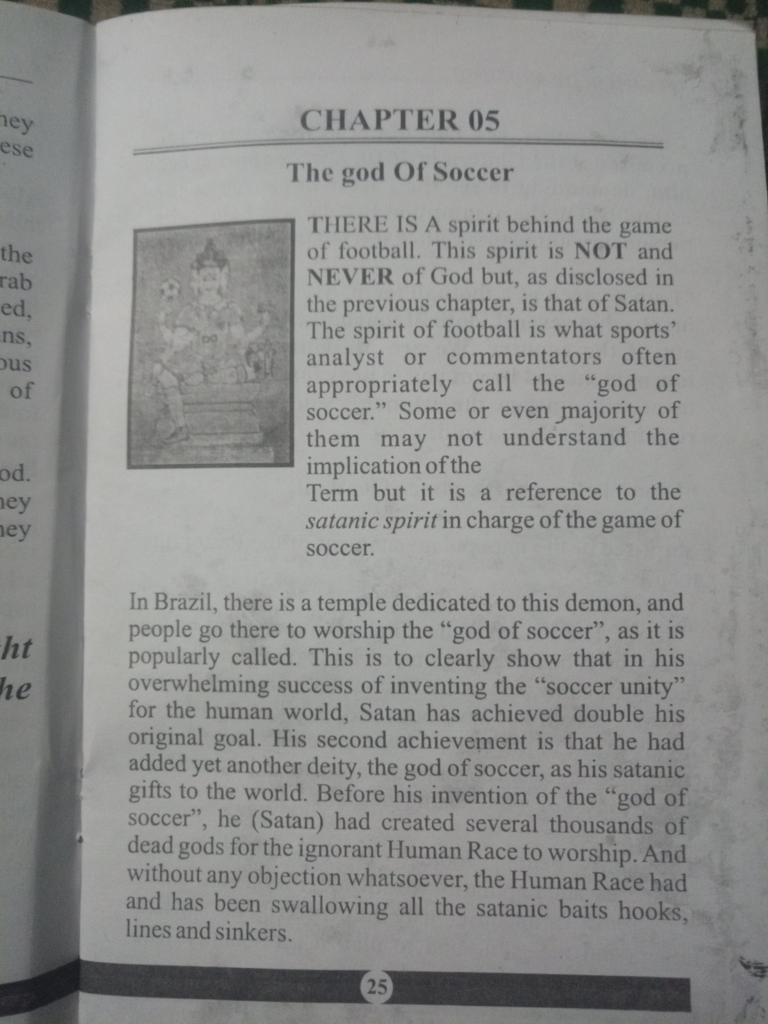 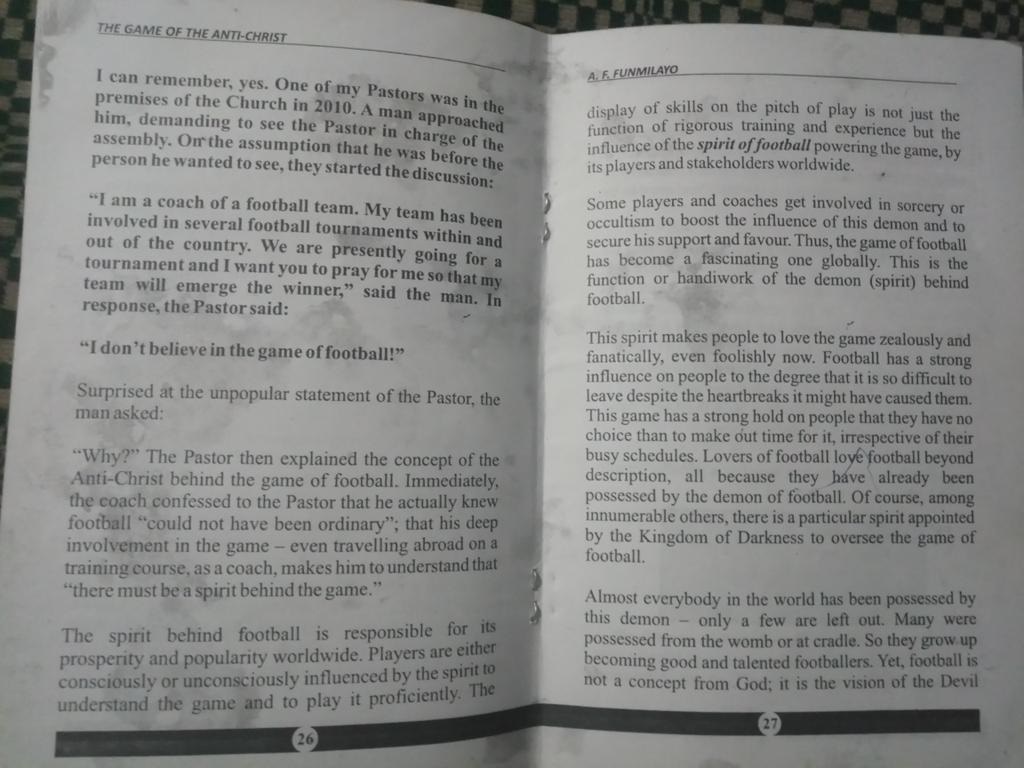 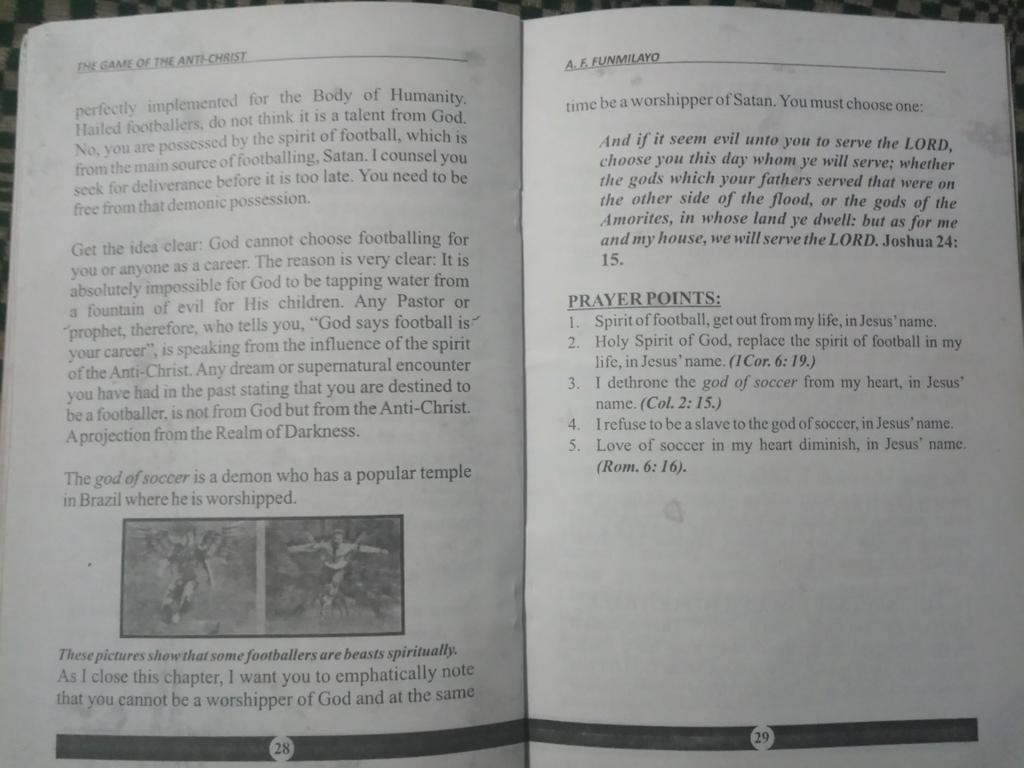 The story is currently trending on social media and Nigerians have a lot to say. See some of the reactions below:

Y’all are talking bout the woman that served Satan for 990 years ehn… have you seen these tract?
I was so confused when they gave it to me. pic.twitter.com/gloy7ljrCW

😂😂😂😂 Chelsea fans are the first people singing to hell fire! What kind of football club am I supporting like this? Wait… Ivanovic??? Not even Drogba or Lampard or Terry??? I’m in tears 😭😂😂😂😂 pic.twitter.com/88N4hFfbVw

So you served Satan for 990 years and you came back to summarize 990 years in a small book.
You couldn’t even attach quality pictures to the pages.

Even Satan won’t be proud of you.
You spent so much time with him and you couldn’t even narrate it well.
Nobel Laureate Olodo

That woman that served Satan for 990 years must have chosen to leave hell for Nigeria cos she wants to live in an environment similar to one she's already used to.

Since Sister Funmilayo Methuselah have served satan for 990 years,
Me I start serving my living God since 6723 years ago pic.twitter.com/VcGULPyqnm

Woman: I served Satan for 990 years and graduated with a First Class.

ME After seeing Satan for 990 years and Ivanovic leading Chelsea fans to hell and #EFL Cup is starting tonight.. pic.twitter.com/A2foktTlsV

They said Ivanovic is leading us to hell, that's what you get from someone that has served satan for 990 years.. Please Ivanovic needs to pair with Terry, Lampard, Harzard and Drogba so we can move further. Nonsense….

This lady that served Satan for 990 years is that type of student that studies exam past questions and pass excellently.

She used Methuselah past question to live longer. A queen we stan 🙌

Served Satan for 990 years. Lol has turned to Lola pic.twitter.com/BpV9tRRBRG