A 22-year-old man identified as Prince Nyator has stabbed his 23-year-old gay lover, Evans Amoah, for allegedly cheating on him with a woman in Ghana. 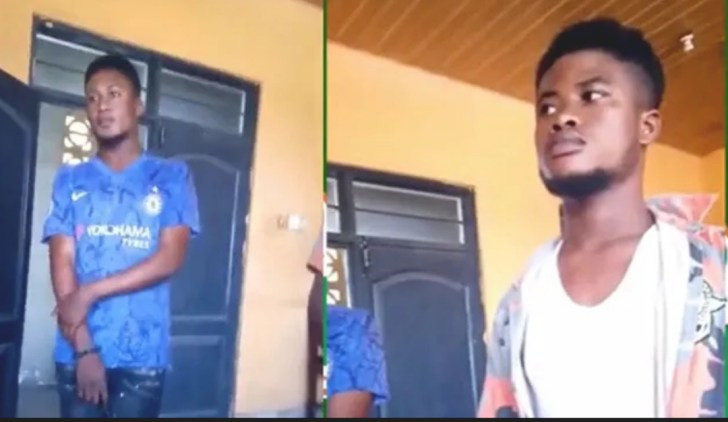 According to reports, the police arrested the two gay partners after Prince allegedly stabbed Evans on Thursday for having an affair with a woman.

It was gathered that the lovers both worked peacefully in the same restaurant at Kasoa New Market until on Thursday when Prince found out that Evans had a girlfriend with who he was having sex on his blindside.

This provoked Prince who was said to have confronted his partner and stabbed him on the wrist for having an affair with a female while denying him sex.

It was learnt that Prince had always asked Evans about his girlfriend but the latter consistently denied having one and kept denying his partner sex.

It is reported that Evans had a girlfriend before meeting his gay partner but probably did not make full and frank disclosure.

But during an interview with Adom News, Evans said he has been involved in homosexuality since senior high school with his teacher.

KanyiDaily had also reported how a lady stabbed her lesbian lover to death after she caught her having sex with a man in Delta State.