A 39-year-old man, Takashi Miyagawa, has been arrested for dating 35 different women at the same time just to get fraudulent birthday gifts from all of them in Japan. 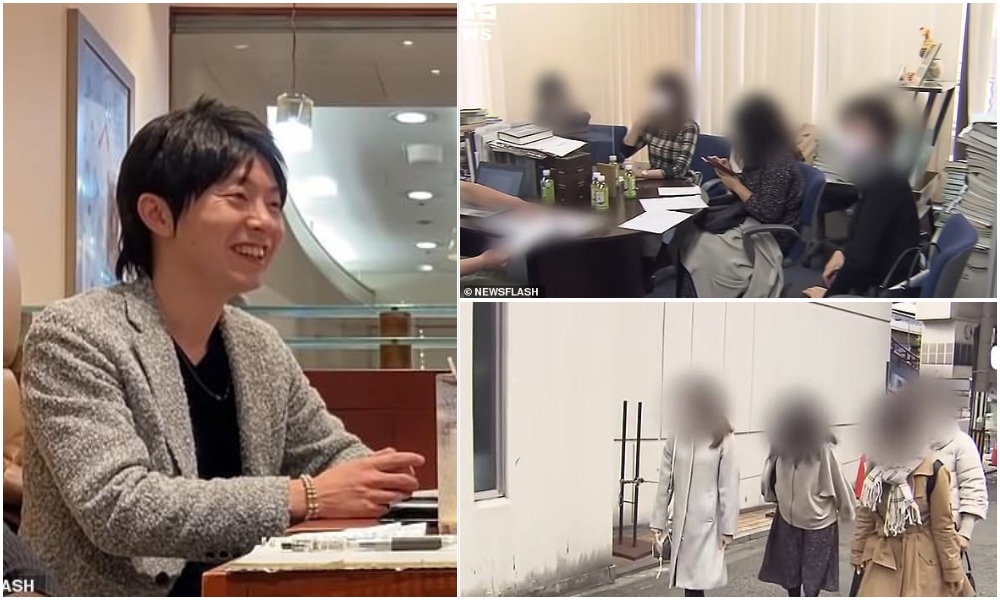 The Japanese part-time worker was arrested and charged to court for defrauding the 35 women after pretending to be serious about relationships with them.

Miyagawa was said to had told each of the women he had been dating that his birthday was on a different date in order to receive gifts and cards from them.

Although his real birthday is on November 14, the Japanese man told a 47-year-old lover that his birthday was on February 22.

READ:  Teenage Student Goes To School With Gun To Shoot A Teacher Who Asked Her To Cut Her Coloured Hair

Until his arrest, Miyagawa had succeeded in defrauding the 35 women with the possibility of more victims coming forward with their ordeals.

The unsuspecting women have accused Miyagawa of duping them about a total of £665 worth of birthday presents which included clothes, and cash.

It is further reported that the suspect met his victims while working for a marketing company selling hydrogen water showerheads and other products.

Preliminary investigation revealed that Miyagawa targeted single women and began each relationship with the suggestion he would get married to them.

After realizing that they have been swindled, the women reportedly formed an association and reported Miyagawa to the police in February, leading to his arrest.

The 39-year-old is expected to face trial but the investigation continues with the hope of more victims of his romance scam being discovered.

KanyiDaily had also reported how a 50-year old man was arrested by police for allegedly killing a man he met on a dating app and eating his testicles.