Hausa cattle traders have attacked Enugu State Government officials and officers of the Nigeria Police Force who visited the New Artisan Market on Thursday to carry out a demolition following an order from the state high court. 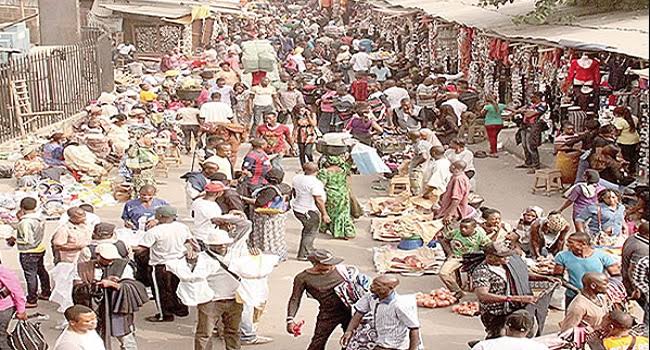 It was learnt that the court had declared the market as a security threat due to its proximity to the government house, hence the verdict for demolition.

An attempt to effect the demolition on Thursday was fiercely resisted by the Hausa traders, who reportedly went inside the market, brought several AK-47 rifles and chased away the government officials and police detachment.

The vehicle, according to him, was abandoned by the police officers, who ran for their lives when they could not escape with it.

READ:  This Woman Killed Her Husband, Her Baby And Her Husband's New Wife By Setting Them On Fire

“I was opposite the market when four police vehicles with about 10 policemen arrived at the place with people suspected to be government officials. Earlier in the day, two bulldozers were deployed to the area,” the eyewitness told PUNCH.

“Shortly after the police arrived, there were gunshots in the air. I came out from the shop where I was and saw people scampering for safety. The policemen were also running.

“The next thing I saw was gun-wielding traders, who came out and blocked the NNPC end of the Enugu-Port Harcourt expressway and stopping vehicular movement, just as they set up bonfires along the expressway. When the atmosphere became tense, I moved out of the area.”

The state Commissioner of Police, Mohammed Aliyu, while confirming the incident to reporters on telephone interview described the action of the traders as unfortunate.

Aliyu has ordered thorough investigation to fish out perpetrators, while urging residents to go about their lawful businesses without fear of intimidation or harassment.

“The Commissioner of Police, Enugu State Command, CP Mohammed Ndatsu Aliyu, psc, has ordered the immediate launch of thorough investigation to fish out and bring to book, miscreants whose acts of violence led to the sustaining of injuries by innocent citizens, vandalism and burning of vehicles at New Artisan Market, along Enugu/Port-Harcourt Expressway, Enugu at about 4.00pm of today, 22/04/2021.

“Preliminary investigation reveals that the unscrupulous elements within the Market, became riotous and resisted the execution of a Court Order issued by High Court of Enugu State, authorizing the demolition of structures and possession of the land area covering the Market by Nwajanja Family of Akpugo in Nkanu West L.G.A. of the State.

“It further shows that the unwarranted rioters set up burn-fires on the road, obstructed vehicular movement, injured unascertained number of persons, vandalized two (2) caterpillars that had gone to carry out the demolition exercise and set ablaze three (3) vehicles.

“Meanwhile, normalcy has been restored by Police Operatives, while fives (5) persons connected with the riotous act have been arrested and are helping ongoing investigation.

“Consequently, the Commissioner has enjoined law-abiding members of the public, especially those plying the NNPC Mega Station axis of Enugu/Port-Harcourt Expressway, to go about their lawful businesses without fear of intimidation or harassment, as necessary measures have been taken to forestall further occurrence of the riotous act.”

KanyiDaily had also reported how some Hausa youths attacked a school in Lagos, beat the principal and stole N1.5 million during the attack which lasted for about two hours. 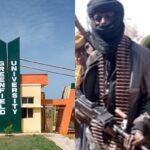