The All Progressives Congress (APC) national leader Bola Ahmed Tinubu has been cautioned by the aide to former president Goodluck Ebele Jonathan, Doyin Okupe, for dismissing the chances that Atiku Abubakar would become the president of Nigeria in 2019.

On Wednesday, October 31, 2018, after a meeting with President Muhammadu Buhari at the Aso Villa, Tinubu reportedly told reporters that Atiku has no chances of winning at next year’s poll no matter the strategy he develops.

Doyin Okupe responded in a press statement criticizing Tinubu. According to him, if Atiku becomes the president of Nigeria, Tinubu’s status as being a prominent figure in politics would end. His statement says:

“The comments made by Asiwaju Bola Ahmed Tinubu, the national leader of the APC concerning Alhaji ATIKU’s prospects in the coming 2019 presidential elections are essentially not meant for the serious minded, and quite unexpected from the leader of a party in power whose popularity and national acceptability are receding faster than the waters of lake Chad.

Aiswaju’s statement is extremely presumptuous. It assumes that he as a person or whatever political platform he stands on will have anything to do with who emerges as president in 2019.

I assure Asiwaju that he does not, and will not have any serious influence on who will emerge as president after the 2019 elections. He had such opportunity in 2015 but it was wasted on a moribund, unproductive and lack lustre presidency.

Hence, it is a fact that Asiwaju had a tremendous influence and did play a significant role in the emergence of president Muhammadu Buhari in 2015.

This was due to the fact that he and the APC were able to successfully hoodwink the Nigerian electorates into wrongly believing that the incumbent at that time was weak, inept and clueless.

The prevailing feeling in Nigeria then was that a change was necessary to “save” the country.

However, things are quite different now. Without prompting, propaganda or mass-brainwashing, Nigerians have come to realise that a victory for Buhari in 2019 is an existential threat not only to the peaceful coexistence of the nation, but also to individual wellbeing and survival of families, breadwinners and jobs across the country.

Based on this undeniable fact, Tinubu, APC and their candidate, Muhammadu Buhari have lost the elections even before the set date.

Asiwaju should not worry about where ATIKU is holding meetings to unseat Buhari, or where ATIKU is “going” in 2019. Rather, he should seriously give urgent thoughts to his own destination after 2019.

For certain, I want to assure him that the PDP will retire him gracefully to his political shrine at Bourdillon. While the expired and rejected product he is dutifully carrying to the political market in 2019 heads to Daura; hale and hearty.” 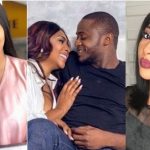 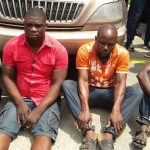