Police have arrested a dog for biting the private part of an 18-year-old university student in Ondo State. 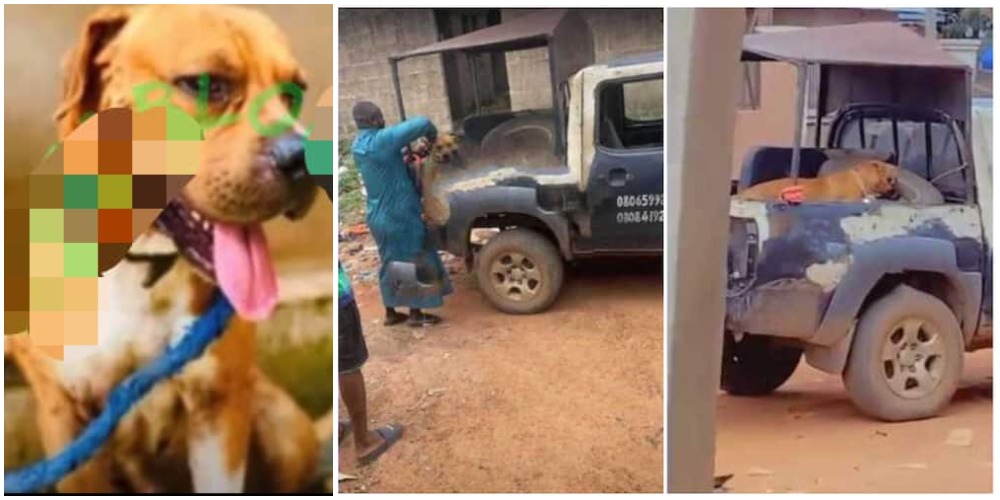 An eyewitness said the victim had visited his friend at his residence located around the institution when the dog attacked him and bit his private part before he could be rescued by other students.

The Public Relations Officer of the institution’s Students Union Government, Oluwafemi Adegbeyeni, who confirmed the incident, said that the student had been taken to the hospital for treatment.

“From what I gathered, the student went to visit a friend at Vanilla Villa, around the Permanent Site. Maybe knowingly or unknowingly he was bitten by the unguarded dog. The victim was quickly rushed to a hospital for treatment because the dog bit off part of his private parts,” he said.

“He is currently being treated and still alive and that is the information I got from people who live in the area. The incident happened in the morning and from what we gathered, the dog has been a threat to people living in that area but we have been warning students to secure their dogs. The incident happened outside the school premises.”

READ:  Bandits Kills Emir Of Kontagora's Son During An Attack On His Farm In Niger State

It was gathered that police detectives have arrested the dog and its owner for questioning at a hostel where the incident occurred.

When contacted, the spokesperson of the state police command, Funmi Odulami, confirmed that ” the dog bit the upper thigh of the victim.

“A pit-bull dog known as Charlie, two-year-three-month old, owned by one Abass Olagunju, 24, a 400-level Animal Science student at the Faculty of Agriculture, Adekunle Ajasin University, attacked and bit one Sadiq Opeyemi, 18, 100-level of the same department, at their hostel in Vanilla Villa Permanent Site, Akungba.

“Opeyemi Sadiq, who was running to meet the owner of the dog, was attacked by Charlie. The bite affected the skin of his scrotum. He was immediately rushed to Inland Specialist Hospital, Ikare, where he was treated and discharged.”

READ:  Abuja Magistrate Orders Lawyer To Be Handcuffed, Jailed For Interrupting And Challenging Him

Swipe to watch the video of police arresting the dog

KanyiDaily had also reported how a 30-year-old trader was arrested by the police in Ogun state for naming his pet dog ‘Buhari’, and also painting ‘Buhari’ on both sides of the dog.