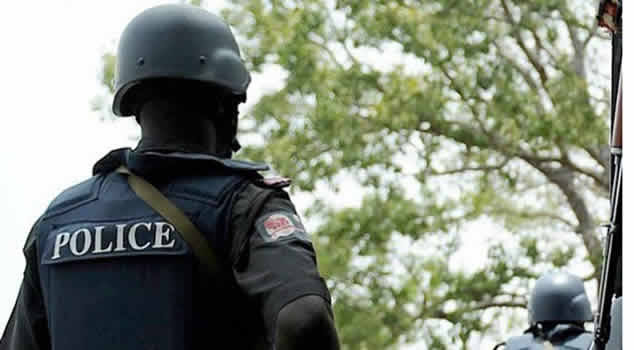 The state commissioner of Police, Bolaji Salami, said incident occurred on Tuesday when Ajayi and other members of the police team were sent to invite a suspect in respect of a case of malicious damage and threat to life.

“On April 20, 2021, at about 1000hrs, a team of policemen from State Criminal Investigation and Intelligence Department was sent to invite a suspect in respect of a case of malicious damage and threat to life.

“On getting to the scene, the police team was attacked by some hoodlums, and Inspector Ajayi Bosede was badly humiliated, manhandled, and stripped naked on the order of one Oladele Samuel, the gang leader.

“Oladele Samuel practically inflicted injuries on the policewoman and promised to kill anyone who dares him. Inspector Ajayi Bosede, in the process, lost her warrant card, a bunch of keys and a wallet containing eighty thousand naira (₦80,000.00).

“Oladele Samuel and his gang were subsequently arrested and they are facing investigation,” the statement reads.

The commissioner gave the names of the suspects who attacked and stripped Inspector Ajayi naked as Oladele Samuel, Sunday Babalola, Adesina Isaac, and Olawale Bukola.

He warned that the police command would not tolerate such inhuman treatment of any of its officers, adding added that the four suspects would soon be charged to court after the completion of the investigation.

Salami said the command would not treat the matter with levity, adding that the attack on security personnel was unacceptable and condemnable.

KanyiDaily had also reported how a police DSP Francis Onugha was found dead and naked in his bedroom, after sex romp with unknown lady at a Police Barrack in Nasarawa State.

READ:  "I'm Disappointed, You're Not The Woman I Thought You Were" - Quavo Replies Saweetie