It was gathered that during the #EndSARS protest on Monday morning, some thugs attacked the operatives of the Rapid Response Squad (RRS) of the Lagos state police command.

Series of videos circulating on the social media shows the thugs hurling stones and sticks at the vehicles of the RRS team while the operatives scampered for safety.

This is yaba this morning 🙆🏽‍♂️ What is really happening ? 😩 😁#EndPoliceBrutalityinNigera #EndSARS pic.twitter.com/iqGNpkd9aL

KanyiDaily had also reported how suspected hoodlums hijacked #EndSARS protest in Benin City, broke into the prison along Sapele Road in ancient city and released a lot of inmates. 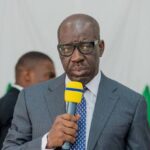 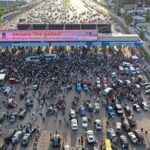