Ondo State Police Command has arrested a house boy, Emmanuel Akpan, for allegedly killing his madam, Mrs Febisola Adedayo, and stealing some of her personal items at her house located at lfokanbale street, Ondo town. 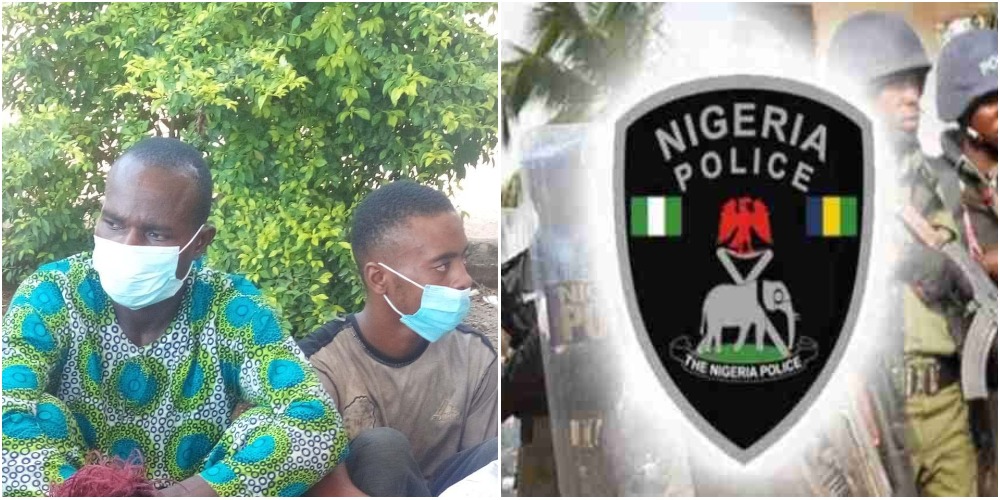 The State Commissioner of Police, CP Bolaji Salami, disclosed this on Thursday, while parading the suspect and his accomplice Goodness Ekpe, before newsmen in Akure.

According to the CP, Akpan who had worked for Mrs Adedayo, a food canteen operator, for three years, hacked her to death with a machete while the woman was sleeping.

The CP explained that the houseboy received information from one Goodness Ekpe, his town boy, who also work at Ondo town, that the late woman had a lot of money and this was why he carried out the dastardly act.

Unfortunately after slaughtering the woman while she was sleeping, the suspects ransacked the house and discovered only N3,500.

Disappointed with the money they found in the apartment of the deceased, the suspects stole her (2) phones, jewelries and a generator before escaping to another village in Ogun where they were arrested.

While being the two suspects paraded before newsmen, Akpan blamed the act on the devil, adding that it was Ekpe that pushed him to kill his employer.

”I received information from my town boy, Goodness, that my madam has been keeping a lot of money in the house,” he said.

”He told me to kill her so that we can steal the money and run away.

“But after killing my madam, we could only find N3,500 in the house. We stole her phones, jewellery and generator and ran away to Ogun State where the police came to arrest us.

“I have been working with her for three years. I regret my action and I am begging for forgiveness from the police and my madam’s family.”

Ekpe, on his part, denied asking Akpan to kill his employer.

The commissioner disclosed that investigation was ongoing and after the investigation the suspects would be charged to court accordingly.

KanyiDaily had also reported how a househelp was caught trying to kill his boss and his family members with an insecticide ‘Sniper’ in Lagos State.