Delta State Police Command has declared wanted a former minister of state for education, Kenneth Gbagi, for failing to honour an invitation by the police for formal interrogation into his alleged involvement in the recent dehumanizing treatment meted out on four staff working in his Signatious Hotel in Warri, Delta State. 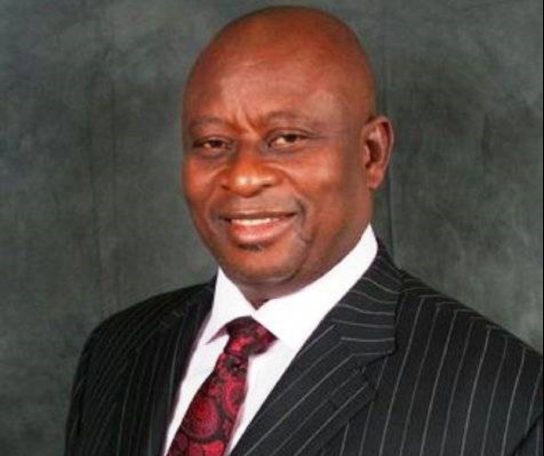 KanyiDaily had reported how the former minister stripped his four staff and photographed them inside his hotel for allegedly stealing the N5,000 which was given to them by a guest.

Gbagi, who is currently nursing a 2023 governorship ambition in Delta State on the platform of the Peoples Democratic Party (PDP), had been invited by the Commissioner of Police, Hafiz Inuwa, over the allegations raised on Friday, September 26, 2020.

A statement by Police Public Relations Officer, DSP Onome Onovwakpoyeya, said Gbagi was invited through the Warri Area Command and Divisional Police Headquarters in Ebrumede, but appealed to appear the following Monday due to pressing obligations.

The police said in the statement that they were left with no other option than to declare him wanted and ask members of the public to help in that regards due to the alleged antics of the former minister and governorship aspirant after his invitation by the police authorities.

“Olorogun Kenneth Gbagi was invited by the Commissioner of Police through the Area Commander Warri and DPO Ebrumede Division on September 25th, 2020 for questioning concerning the alleged dehumanising manner in which he ordered some of his staffs to be stripped and physically assaulted because of an alleged case of stealing which took place at Signatious Hotel belonging to him.

“Kenneth Gbagi personally and severally called and gave the excuse that he has at a burial ceremony of his elder sister on Friday 25/9/2020 in which he is a key player and asked for time to finish with the ceremony on Sunday, thereafter will report at the State Headquarters on Monday September 28, 2020. These requests were granted on humanitarian ground.

“On Monday September 28th, 2020, Kenneth Gbagi called the Commissioner of Police to say that he has a Court case to attend to, promising to report at the Police Headquarters in Asaba by 3:00pm; again he was equally obliged.

“On the same date, the Commissioner of Police had to call him at about 5:00pm before the same Kenneth Gbagi said he was on his way to the State HQ Asaba.

“Sadly and unfortunately Kenneth Gbagi still failed to report instead he went into the public space to disparage, blackmail and maligned the person of the Commissioner of Police and the Nigeria Police Force, Delta State Command for insisting on investigating him.

“Having failed to honour his promises, Delta State Police Command is left with no option than to declare Olorogun Kenneth Gbagi wanted.

“Therefore members of the public with useful information as to his whereabouts are advised to go to the nearest Police Station to report for his immediate arrest and handing him over to the Command for thorough investigation/prosecution”.

KanyiDaily recalls that a few days ago, Kenneth Gbagi denied the allegations, calling on God to “punish” him, if he was involved in the alleged assault.

Gbagi also attributed the trending video and photos of his staff, to the handiwork of political detractors seeking to truncate his plans to contest for the 2023 gubernatorial race in Delta state.

READ:  Actress Nse Ikpe-Etim Reveals How She Feels Over Her Inability To Bear Children