A Former Minister of State for Education, Kenneth Gbagi, has denied dehumanizing four staff working in his Signatious Hotel in Warri, Delta State.

KanyiDaily had reported how the former minister stripped his four staff naked and photographed them inside his hotel for allegedly stealing the N5,000 which was given to them by a guest.

Reacting in a press conference on Saturday, Gbagi, who is currently nursing a 2023 governorship ambition in Delta State on the platform of the Peoples Democratic Party (PDP), called on God to “punish” him, if he was involved in the alleged assault.

The ex-minister stressed that the said staff were not employees of his hotel, but “freelancers”, adding that there are no records showing that he stripped them naked.

Gbagi also attributed the trending video and photos to the handiwork of political detractors seeking to truncate his plans to contest for the 2023 gubernatorial race in the state.

“There was nothing as you have read, that happened. The people you saw in those pictures are not staff of my hotel. Legally, documentarily, they are not staff of the hotel. They are freelancers.

“Were you to do a forensic analysis of the video for my body on those pictures, and you find me there, I will resign from politics.

“I invited the Police from Ebrumede to take them. I will never descend to do such (strip people naked). It was politically motivated. I will not strip anybody’s daughter naked or strip any person.

“This, to me, is just a distraction. I am resolute, I am contesting in 2023. Let God punish me if I touched any of the girls or was involved in their stripping. I am prepared. I know what they are planning,” Gbagi stated.

Meanwhile, the four employees have dragged Gbagi to court, and they are demanding N1 billion compensation and a public apology from the ex-minister. 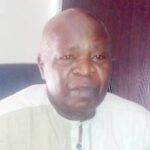 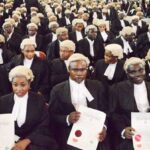