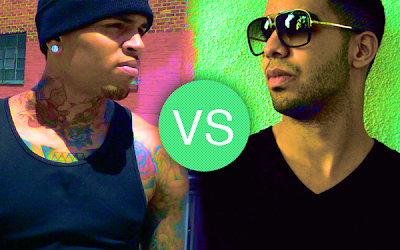 According to New York Daily News, Sparring
singers Chris Brown and Drake have been offered $1 million apiece to
continue their bottle-flinging fracas in a boxing ring. Celebrity
Boxing promoter Damon  Fieldman said billionaire soda bottling heir Alki
David has offered to write the hefty checks and give another $1
million to charity if the rival R&B stars agree to put up their
dukes.

“Obviously they have a grudge. It’s just three 1-minute rounds. No one will get seriously hurt,” Feldman told the Daily News.

He said the pay-per-view event could be in Las Vegas or Los Angeles with
a target date of Aug. 25. A Brown representative told The News that
the performer’s camp has “never heard” of the offer.
The singers have been linked to a police investigation since their
alleged feud left at least eight people injured following the violent
melee inside Manhattan’s W.i.P. nightclub June 14.

A police source earlier told The News that investigators were tracking
down witnesses to support claims that Drake, 25, taunted Brown and his
entourage with overtures related to Rihanna, the sultry singer they’ve
both dated.

The brawl left Brown with a busted chin and his NBA pal Tony Parker with
enough damage to his left eye that he required surgery and might miss
playing for France’s national team in the Summer Olympics.
Feldman said he’d like Rihanna to participate in the proposed
punch-fest, never mind that Brown was convicted of beating her bloody
in 2009. 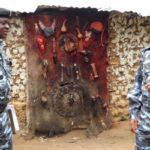