An outrageous video has emerged online showing a young lady flogging her mother mercilessly in public over her pastor’s claims.

According to a Facebook user, Sam Ituama, the lady assaulted her mother while her friends record it on tape because her pastor told her that the woman is a witch. 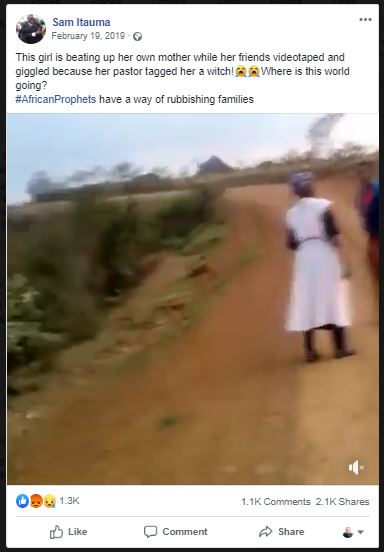 In the horrific video, the lady was seen asking her mother several questions before she began whipping her repeatedly with the cane in public.

Although the woman tried to resist, but it was in vain as her daughter over powered her.

Lady flogs her mother mercilessly after her pastor told her that she's a witch pic.twitter.com/BwSsTeVD8v

Meanwhile, KanyiDaily had reported how some Nigerian sailors stumbled upon a dreadful charm made by a Nigerian lady identified as Temitope, for her husband and mother-in-law, all in a desperate bid to gain total control over them. 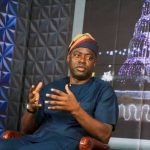 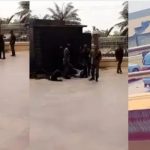