Some Nigerian sailors have stumbled upon a dreadful charm made by a Nigerian lady identified as Temitope for her husband and mother-in-law, all in a desperate bid to gain total control over them.

According to InstaBlog, The lady, identified as Temitope, put a picture of herself and her husband, Ramon Abiodun, inside a small wooden casket and did a similar thing for her mother-in-law, Baisat.

She then added a written incantation to the two caskets before throwing it into the ocean. The incantation as read by one of the sailors identified as Romeo Nwabueze goes thus:

“May Abiodun never question whatever Temitope says. May he always give Temitope all the money he makes in his entire life.

“May everything he works hard to get in life always be given to Temitope, be it car, land house or anything at all. Anything she asks from him must be provided without questioning.

“May Abiodun never love any other woman again, except Temitope. May he start living with her as husband and wife as from today.”

It is not clear yet whether Temitope’s charm has indeed rendered Abiodun and his mother, Baisat sheepish as she sought to achieve.

Video and photos of the charm have been circulating online. 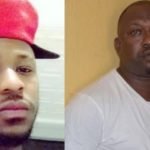 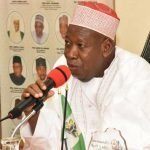