Enugu State Government has demolished the house of an architect, John Jerry Emejulu, who had earlier demolished part of the Enugu Airport fence, claiming ownership of a portion of the land. 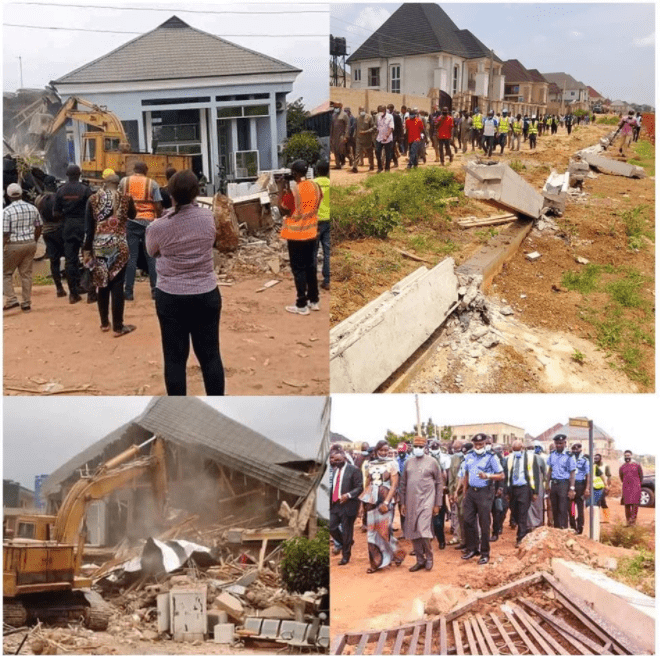 The architect who is claiming ownership of the land had led hundreds of armed thugs and bulldozers who demolished up to 2km of the Enugu airport fence on Thursday, before the Nigerian Air Force and Police intervened in the situation.

Barley 24 hours after pulling down a portion of the airport fence, the state government retaliated by demolishing Emejulu’s mansion located along Eziokwe street off Nike Lake road, Trans Ekulu, Enugu.

Chairman of Enugu Capital Territory Development Authority (ECTDA), Dr Josef Onoh who was at the site to supervise the demolition said they a obtained court order to demolish the duplex.

Onoh, however, denied that the action was in reprisal to Emejulu’s demolition of the airport fence being constructed as part of the airport rehabilitation. He disclosed that the property stood on waterway and needed to give way.

The Minister of Aviation, Senator Hadi Sirika, who visited the airport on Friday, threatened to use the federal might to deal with Emejulu for destroying a national security asset.

“This is certainly unfortunate, unbecoming. Emejulu has done his best. But in doing his best, he has given the opportunity to government to show how not to wilfully destroy public assets belonging to 200 million people. It’s totally unacceptable.

“Without hesitation, Mr President provided the funding to revive the airport but a cantankerous, cranky individual decided to disrupt the process.

READ:  Facebook eyes up DRONES: Social network rumoured to be spending $60m on solar-powered aircraft to bring internet to Africa

“There is a government in place and it is wrong time to test our resolve. Mr Emejulu had threatened to destroy more properties within the airport but was only stopped by the swift intervention of security forces.

“I am sure he will regret this. And this is an opportunity for the government to show that no one can take the law into his hands and wilfully destroy national assets.

“We will not forgive him. The Chief of Air Staff, the Inspector General of Police and the Director-General of DSS will be directed to do the needful and bring him to book. For emphasis, airports are national security assets and we are determined to protect them.” 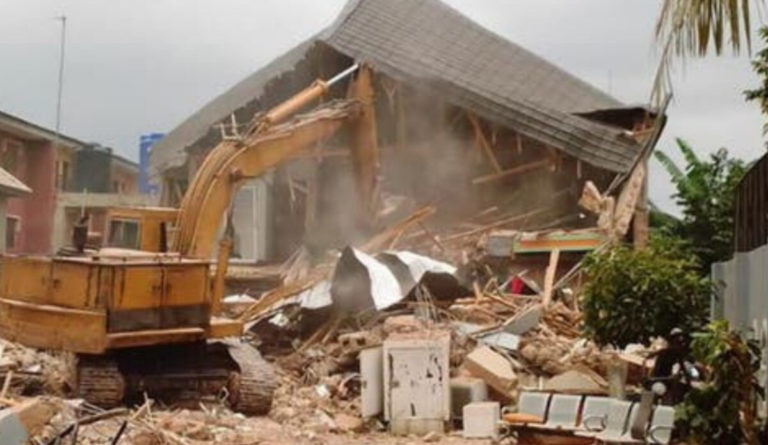 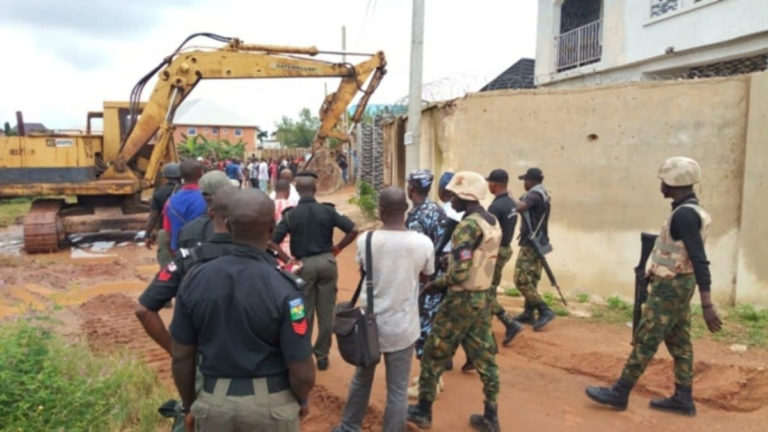 KanyiDaily had also reported how some armed men invaded the Nigerian High Commission in Accra, and demolished some portion of the staff quarters under construction.

READ:  50 African-Americans Set To Be Given Local Names As They Arrives Benin City To Trace Their Roots