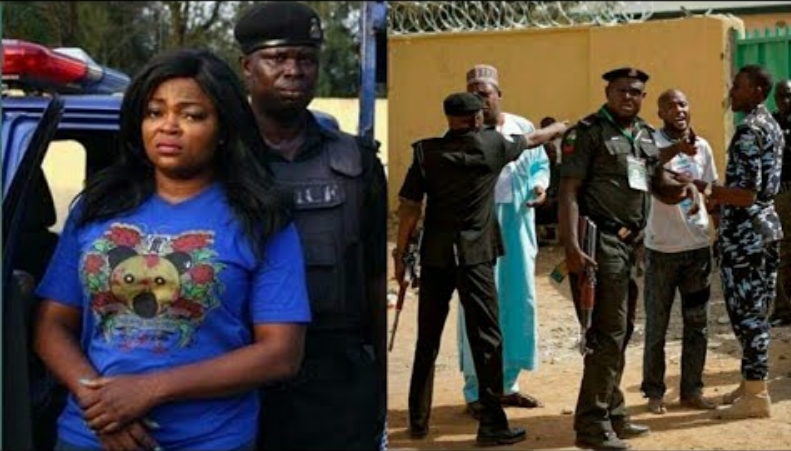 Lagos State Police Command has arrested Nollywood actress, Funke Akindele, for violating the restriction order imposed on the state by President Muhammadu Buhari to curb the spread of coronavirus COVID-19.

The police also advised her husband, JJC Skillz, and Naira Marley – a Nigerian musician – to report to the station on Monday or risk being declared wanted.

KanyiDaily had reported that the actress and her husband had hosted family and friends, including Naira Marley and Eniola Badmus to a birthday party at their Amen Estate residence in Eleko, Lagos.

Nigerians had particularly attacked Funke Akindele for her role in the party given that she was an ambassador of Dettol and National Centre for Disease Control (NCDC), which had recommended social distancing as a means of fighting coronavirus.

In light of the backlash, the actress defended her action saying all the attendees at the party had been in self-isolation at Amen Estate where she resides.

However, a statement by the state Police Public Relations Officer, DSP Bala Elkana, said Funke Akindele was arreste because she violated the restriction emplaced by government.

“The attention of Lagos State Police Command was drawn to a viral video showing a large number of persons mainly in the entertainment industry in an estate, along Ajah, Ibeju-Lekki axis, Lagos celebrating a birthday party organised by Funke Akindele Bello and her husband.

“Police detectives from the State CID Yaba were promptly drafted to the location. Funke Akindele, was arrested.

“Investigation is ongoing, efforts are intensified to arrest the remaining persons in the video, among whom are Azeez Fashola a.k.a Naira Marley and Abdul Rasheed Bello a.k.a. JJC Skillz.

“They are in their best interests urged to report at the State CID Yaba on Monday or risk being declared wanted,” the statement reads.

With the violation of the government-ordered lockdown and ban on large gatherings, the couple now risks a fine or jail term as comeuppance for the violation.